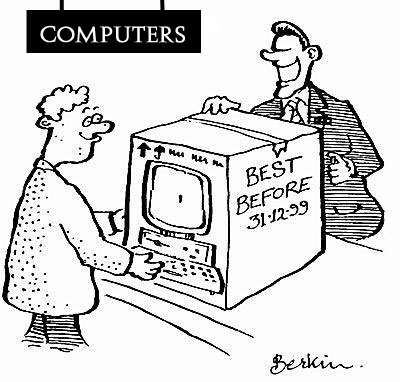 Retail businesses across the country have lost thousands of dollars over the long weekend because a computer glitch left shoppers unable to use the Bank of Queensland’s (BOQ) Eftpos terminals.

BOQ’s Eftpos machines skipped ahead six years when the clock ticked over to January 1 and started date stamping January 2016.

BOQ staff have not been able find what caused the problem, but a temporary solution has been put in place to ease retailers’ frustrations.

The glitch cost businesses untold amounts as the Eftpos terminals read customers’ cards as having expired and refused their transactions.

Barry Jones, owner of Sharky’s T-shirt and souvenir store in Cairns, said his business was without an Eftpos machine for two days.

“I’ve just got it back up (Sunday morning) and they gave me no reason,” Mr Jones told AAP.

“They gave me priority, but we were out of action for two days.

“It’s cost me about a thousand dollars, but I am only a small business and it’s money I can’t get back.

“Thank god it’s back now, but I am not very impressed.”

He spent close to an hour on the BOQ’s helpline on Friday to no avail and did not receive as much as a courtesy call from the BOQ to explain the problem or tell him it had been fixed.

“We did not have any Eftpos Friday or Saturday,” he said.

“A lot of people use their cards and not cash to pay.

“It’s only the little guys that get hurt.

“It was supposed to be fixed yesterday, but no one told me and I’ve only found out now.”

A BOQ spokeswoman acknowledged the glitch was a nationwide issue.

“We have a manual work-around in place, and we are still investigating the cause,” the spokeswoman told AAP.

“We still haven’t determined exactly how many of our Eftpos terminals have been affected, but we understand it’s a large percentage.”