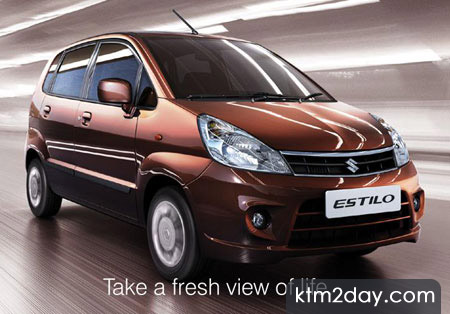 The range of cars embedded with K-series engine are all New Estilo, Swift Dzire, A-Star and Ritz, which are finished with finest state-of-art technologies to keep style, design and mileage and safety, according to the company.

At a press conference organized in the capital on Friday, Arun Chaudhary, the Managing Director of AIT, said that the introduction of a new generation three cylinder, light weight all aluminum K-series engine in the Nepalese market is a major initiative undertaken by the company towards offering latest technologies to its customers.

“With our long time relations with Suzuki Motors Corporation and Maruti Udyog Ltd., we have always been bringing new things to our customers, we have unleashed these new ranges of cars in the market,” Chaudhary said.

With 998 cc engine and highly good drivability, driving in city would be more fun with Zen Estilo. Its electronic power steering really helps in crowded traffic. Its engine is proven and reliable, and, is virtually maintenance-proof, he added.

Similarly, Swift DZire is the new entry level sedan that has now been a craze among the four wheel lovers. It is based on the popular Suzuki Swift platform that has only been unleashed for Nepali and Indian market, he said.

Responding to a query regarding the government’s plan to discourage the import of vehicles, he said that cars have now become goods of necessity, but not luxurious ones at present.

“Instead of taking such a decision, the government should pay due attention toward expanding roads,” he said.

The company informed that it has a new state-of-the-art 3-S showroom (sales, service and spares) with an international standard at Pulchowk.