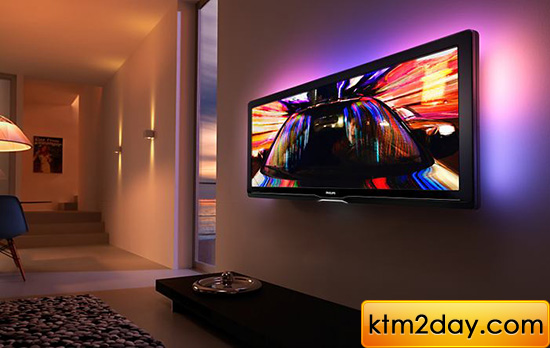 The company claimed that the newly launched set is the world´s first cinemascope LCD television-Cinema 21:9. “Consumers can enjoy movies as they would in the cinema with the outstanding performance of the television in both picture quality and sound, the company said in a statement.

The television is possibly the largest television to be launched in Nepal.

“Until now, true cinematic viewing experience has been extremely difficult to replicate at home. With the Cinema 21:9, we have developed a television which brings cinema to your home,” the statement added.

The unique 21:9 aspect ratio completely fills the peripheral vision, enveloping the viewer so completely in the action that they can actively feel along with the characters in front of one.

Unlike the traditional LCD televisions that compromise on the cinematic viewing experience either by changing the aspect ratio to fill the screen losing the full scope of the original shot or by inserting distracting black bars at the top and bottom of the screen, Cinema 21:9 overcomes these issues and perfectly displays 2.39:1 (cinemascope) movie material to give the viewer an uncompromised and absorbing cinematic viewing experience, the statement added.

Another notable feature of the Cinema 21:9 is that it comes with the fastest LCD in the industry — with a refresh rate of just 1ms. The 200Hz Clear LCD allows even the fastest on-screen action to appear realistically life-like.

According to the company the television holds the distinction as the winner of the prestigious Best Innovation Award (2009-2010) by European Imaging & Sound Association (EISA).