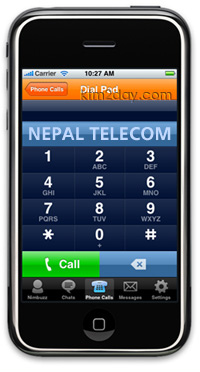 Rapid growth of GSM has made us the number one telecom service provider in the country, he said. NT is planning to add 5 million subscribers in the next three years to remain in the top position. It is a challenge for us but we are to compete in the market, he said.

“NT will go rural to expand its network base in the coming years,” he said. The company has planned to add 1.8 million villagers through GSM mobile in the next two years. The company is also planning to add 600,000 subscribers in for the CDMA.

Likewise, NT is adding 3.5 million mobiles lines having modern facilities like 3G/4G services. “We are analysing technical parts of the system,” he said. NT is planning to develop ‘interruption free GSM service’ along east-west highway, Kathmandu-Pokhara highway and other highways linking north to south.

“We want to provide interruption free GSM service in major highways next year,” he said. Moreover, NT is providing WiFi services in 500 public places next year. This is to improve the brand image of NT. Such places can be hospitals, bus stations, colleges, etc., he said.

“Such places will be selected as per maximum benefit to the people,” he said. NT governing board has approved Rs 48.7 billion budget for 2010-11. Of this, NT has a reserve of Rs 44.20 billion while the remaining amount will come through other sources. NT has posted Rs 10.17 billion profit this year and has paid over Rs 15 billion in revenue. (Source : THT)