Home » AUTO » The all new Yamaha FZ-S launched in Nepal

The all new Yamaha FZ-S launched in Nepal 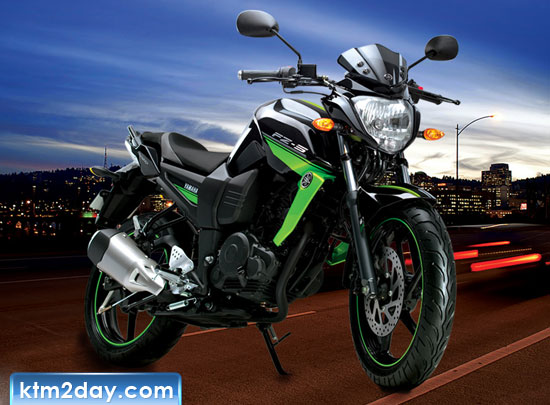 Morang Auto Works, sole distributor of Yamaha motorcycles for Nepal, has introduced the all new FZ-S, an enhanced version of the FZ series.

According to the company, the new version provides 20 percent better pickup and mileage characterized by optimization of inertia mass, 13-teeth front sprocket, new carburettor and top mounted engine that minimizes friction and take off on mid-range acceleration.

The FZ-S is packed with a 153 cc, air cooled, four-stroke, SOHC, two-valve engine which also retains the originality of the FZ-1 1000 cc model.

Designed and engineered with the potential for active and even aggressive enjoyment of around-town street riding, the bike provides a torque output of 14 Nm at 6500 rpm and power output of 14 Ps at 7500 rpm.