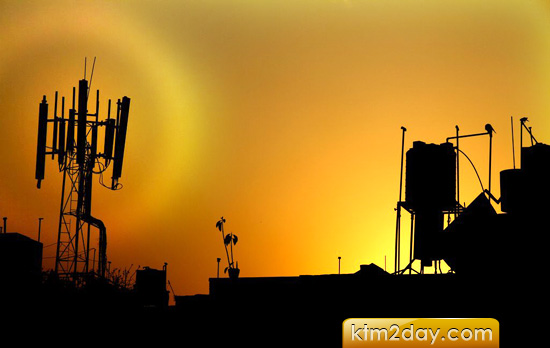 Nepal’s telecom service providers have set up more than 550 mobile towers in the Kathmandu Valley and 3,000 altogether in the country in their bid to expand services. But how safe are these base transcriber stations (BTS) from natural disasters like earthquakes?

An assessment conducted on the Earthquake Vulnerability of Mobile Towers and Associated Structures by the UNDP has showed that most of the towers are not safe. Out of 13 mobile towers set up on buildings, nine were found to be unsafe under earthquake loads; and the buildings themselves were unsafe even without the load of the towers. According to experts, most of the BTS erected on the roofs of tall buildings in cities like Kathmandu are disasters waiting to happen.

The trend of erecting antenna towers on high-rise buildings, even though they are not earthquake resistant, is increasing as it is cheaper than buying land and building a BTS.

The assessment of mobile towers and associated buildings was done based on the Seismic Vulnerability Evaluation Guidelines for Public and Private Buildings by the Earthquake Risk Reduction and Recovery Preparedness Programme (ERRRPP) of the UNDP.

Suresh Prakash Acharya, joint secretary at the Ministry of Physical Planning and Works and national project director of the ERRRPP, said that as the Kathmandu Valley was situated in a highly earthquake-prone zone, the towers could be very hazardous.

“These types of towers must be relocated or rehabilitated to make them earthquake resistant, and the tower erection guidelines being prepared by the Nepal Telecommunications Authority must incorporate the recommendations put forward by the ERRRPP,” he added.

The project has urged the NTA, the regulator of the telecom sector, to include the “Seismic Vulnerability Evaluation Guidelines for Private and Public Buildings” in the NTA Guidelines on Erection of Antenna Structures and Projection from Non-Ionizing Radiation from Base Stations which is under preparation.

Acharya said that they were also ready to impart training to the engineers of the NTA and the Ministry of Information and Communications for the application and use of the guidelines once they come into effect after adding their inputs. According to the ERRRPP, Nepal Telecom has 320 BTS and 17 hub stations in the valley, Ncell 202 BTS and 19 hub stations and United Telecom approximately 45 BTS.

A communications engineer of Nepal Telecom said that the trend of erecting towers on buildings was increasing because of the high cost of land and the lengthy paperwork associated with deed transfer.

“Whatever has been done has been prompted by the aim to make service available to the people in a rapidly growing market,” he said. “Since it is impossible to rehabilitate the towers overnight, the government should come up with an alternative solution.”

The NTA has been working to introduce guidelines for erection of towers from last year.

The main purpose of the guidelines is to assist telecom service providers to observe uniformity and safety norms while erecting antenna structures and to protect the health and safety of the general public besides maintaining the beauty of the city skyline.

NTA director Ananda Raj Khanal said that they would surely incorporate the recommendations of the ERRRPP and forward them to the board for approval soon.(Source:ekantipur)