Home » BUSINESS » Half of Nepali households have member working abroad

Half of Nepali households have member working abroad 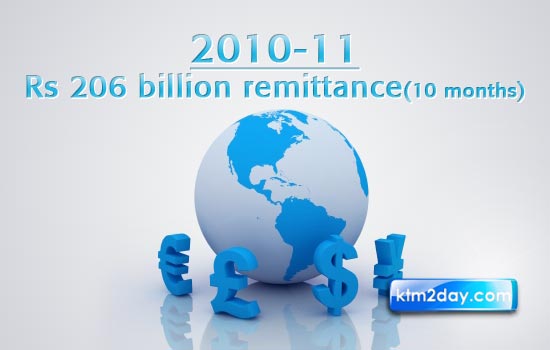 Almost half of Nepali households have at least one member working abroad or have a returnee, according to a survey.

The Nepal Migration Survey carried out by the World Bank in 2009 on 3,200 households shows that around 77 percent of the returnees were interested in going for foreign employment again. Most of the Nepali migrant workers are aged between 20 and 44 years—the most productive workforce group. “The outmigration is causing domestic labour supply shortages in many rural areas,” says the survey, whose findings were discussed at a workshop ‘Large Scale Migration and Remittance in Nepal: Issues, Challenges and Opportunities’ here on Tuesday.

A total of 2.1 million Nepalis are working abroad, including in India, according to the survey. The survey says the rate of migration and remittance inflow in Nepal is staggering as everyone is migrating—the rich, the poor, people from the Mountains, Hills and the Tarai. The Foreign Employment Department’s recent statistics show over 1,300 Nepalis are leaving the country for employment every day. Manufacturing, construction and hotel/catering are three major sectors in which Nepali migrants are engaged in.

According to the survey, remittance is the country’s biggest foreign exchange source. The Nepal Rastra Bank’s latest macro-economic report shows that Nepal received Rs 206 billion in remittance in the first 10 months of 2010-11.

According to the survey, most of the mid and far-western region folks go to India. Workers from Western and Eastern regions dominate the Nepali workforce in Malaysia and the Gulf countries, while other developed countries are often the destinations of those from the Eastern, Central and Western regions.

Economists and labour experts also agree to this fact. Former Vice-Chairman of National Planning Commission (NPC) Jagadish Chandra Pokhrel said the government must seriously think about alternatives as the country may be in an uncomfortable position in case Nepalis do not get jobs in labour destinations in the future.

Hisanobu Shishido, the policy cluster leader of the World Bank, said improvement in the investment climate is the key.(Source:ekantipur)