Home » BUSINESS » Nepal Telecom to construct broadband infrastructure on its own

Nepal Telecom to construct broadband infrastructure on its own 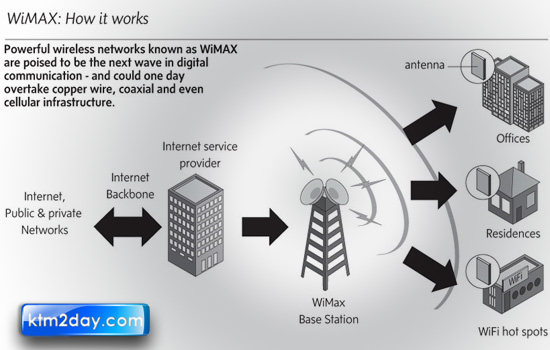 But Nepal Telecom has asked the government to shift the subsidy amount into another heading paving the way for it to expand broadband infrastructure itself, according to NTA chairman Bhesh Raj Kanel. Asian Development Bank (ADB) has granted the subsidy worth $6 million to construct wireless broadband — to make broadband service available to the grassroots level — into the rural villages under its Information and Communication Technology (ICT) project that has aimed at promoting e-governance.

Under the project, at least one wireless broadband internet line along with Voice over Internet Protocol (VoIP) service will be installed in each village development committee (VDC) of each of the selected districts, Kanel said, adding that the steering committee of the project at the Prime Minister Office will take the decision in its another meeting. Nepal Telecom has put the pressure on the committee to shift the subsidy of wireless broadband service to another heading, a source at the ministry said, without elaborating on what kind of pressure it has created.

In order to influence the government, Nepal Telecom has also decided to launch broadband technology based on Wi-Max technology with the 200,000 line capacity to expand in 3,915 VDCs by 2012, he added.

The ADB’s project on ICT development is scheduled to be completed by the end of 2014. It comprises modernising rural communities, particularly in remote areas by improving rural connectivity through wireless broadband networks, mobilising community socio-economic activities through village network portals and building tele-centres.

KATHMANDU: Nepal Telecommunications Authority is scrapping licence of Global Internet Service. CIB Investigation had revealed that Global had been involved in illegal VoIP operations “We are scr-apping its licence,” spokesperson Kailash Neupane said.