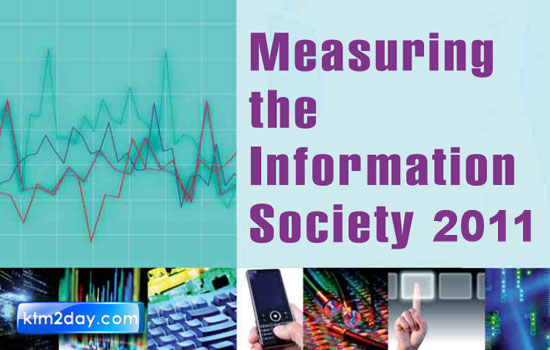 Nepal has moved three places up from the ranking of 137 in 2008 to 134 in 2010 among 152 countries in the Information and Communication Development Index (IDI) that is published by International Telecommunication Union (ITU).

Publishing its report ‘Measuring the Information Society 2011’, the union has said that information and communication technology uptake continues to accelerate worldwide, spurred by a steady fall in the price of telephone and broadband Internet services.

Nepal is in the low economics level according to ICT Development Index levels and Income, the union in report said, adding that the International Telecommunication Union (ITU) has divided four major levels – high (IDI values above 6.16), upper (IDI values between 4.09 and 6.4), medium (IDI values between 2.59 and 4.05) and low (IDI values below 2.55).

All the South Asian countries have been categorised as a low economics level. Countries that are categorised under low IDI levels and income need to give attention on policy-makers and ICT investors to promote ICT sector, according to the report.

South Korea has the world’s most developed economy in Information and Communication Technology (ICT), though, South Korea is the fourth largest economy in Asia.

Sweden, Iceland, Denmark and Finland were also among the top five in the ICT Development Index (IDI). Global mobile broadband subscriptions reached 872 million by the end of last year, the report said, adding that three hundred million of those are in developing countries.

Even so, the report warned that the people in many low-income countries were still paying too much for high-speed Internet connections. “Also, there are differences in broadband speed and quality from country to country,” it said.(Source:THT)