Fuel prices go up for fifth time this year 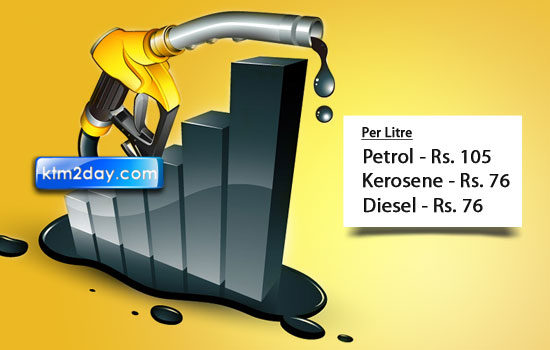 The state-owned monopoly jacked up the price of petrol by Rs 3 per litre and of diesel and kerosene by Rs 1 per litre each on Monday even as the country was emerging from its festival stupor.

Petrol now costs Rs 105 per litre in Kathmandu, Dipayal and Surkhet, and Rs 104.50 per litre in Pokhara and Dang. The price in Biratnagar, Amlekhgunj, Birgunj, Bhairahawa, Dhangadhi, Mahendranagar and Jhapa has been fixed at Rs 103.50 per litre.

Similarly, diesel and kerosene cost Rs 76 per litre each in Kathmandu, Dipayal and Surkhet, and Rs 75.50 per litre in Pokhara and Dang. In Biratnagar, Amlekhgunj, Birgunj, Bhairahawa, Dhangadhi, Mahendranagar and Jhapa, they cost Rs 74.50 per litre. Prices of LP gas and aviation fuel remain unchanged, according to NOC.

Perennially broke NOC said that a rise in international prices and its inability to purchase oil to ensure regular supply had forced it to raise the rates. NOC added that despite the hike, petrol was still cheaper in Nepal by Rs 8 per litre compared to Raxaul, India.

NOC ramped up prices after the government turned down its repeated requests for a loan to import adequate quantities of gasoline during the festive season. “We had no option but to hike the rates as our selling price was lower than the cost price,” Dhungel added.