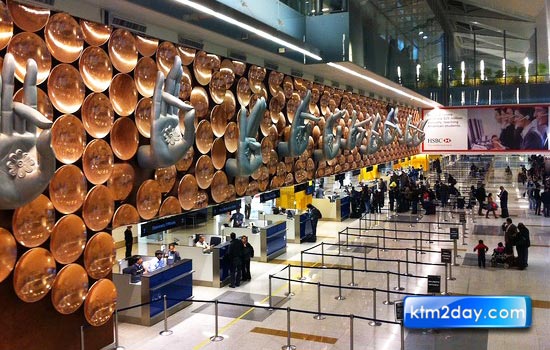 Unpleasant news for those who fly from Delhi airport: Fares of the domestic and international flights taking off from the Indira Gandhi International Airport is all set to go up by IRs 200 and IRs 1,300, respectively, after two weeks.

Earlier, there was a five-month ban on collecting such fees. On April, the Supreme Court had annulled the charging of such fees by the Delhi and Mumbai airports until Aera approval.

The new charge will continue until May, 2013, which has come as a sigh of relief for GMR which was struggling with non-payment of dues from carriers like Air India and Kingfisher, Indian media has reported.

The new decision will affect Nepali passengers, as a large number of Nepali citizens regularly visit New Delhi via air for different purposes. Delhi is also a major transit point for many Nepalis who fly back to or from Nepal.

A similar charge for the Mumbai airport is also reported to be under Aera’s consideration. (Source:ekantipur)