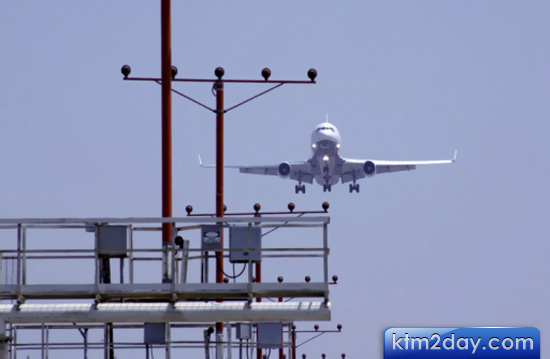 Kathmandu’s Tribhuvan International Airport (TIA) will go into full-fledged automation system by 2015, according to airport authorities.

“With full automation, all manual work will end, and stress related to labour-intensive tasks will be reduced,” he said. Reduced stress means greater safety in Nepali skies, he added.

Full automation will allow the Civil Aviation Authority of Nepal (CAAN) to make better use of limited manpower resources to tackle rising traffic. TIA started operation of AMHS on Monday, removing all manual tasks and paperwork that ATC used to do. Among the planned projects, VHF data link will be completed between 2013 and 2015. Similarly, the ATC automation system will be completed by 2013 and radar installation will be done by 2015.

Likewise, the proposed SSR that will be installed at Bhattedanda, Lalitpur will be able to detect aircraft flying at an altitude of less than 5,000 ft too due to the high altitude of the location. Currently, the 14-year-old radar system at TIA functions both as the primary and secondary radar system.

While functioning as a secondary radar system, it cannot detect an aircraft’s position when it is flying below 5,000 ft due to hills and mountains.

Despite having the same capacity, the present radar system cannot detect aircraft flying below that altitude requiring airports to contact the pilot to find out its location. The Japan International Cooperation Agency (JICA) has conducted a study of these two SSRs under its TIA Modernization Project.

As TIA is gearing up for a “paradigm shift” in terms of technology, CAAN officials said that many things still needed to be done with respect to legislation, training, documentation and organization and that full support from the government was needed.

“The International Civil Aviation Organization (ICAO) has not particularly pinpointed the deficiency of technology, but serious lapses exist in training of manpower, documentation, legislation and institutional capacity building,” a CAAN official said.

Fast rising passenger traffic and air traffic movement has strained TIA to near saturation point. With rapid growth, CAAN has been under considerable pressure to increase the capacity and maintain safe traffic in TIA airspace and across which, at present, ATC is handling. “Indeed, we are working beyond our capacity and with a severe space crunch and limited infrastructure, and the solution is to provide automation tools to air traffic controllers to increase their efficiency,” Suman said.

TIA, which was designed to handle a maximum 30 aircraft per hour through a single runway and approach system, is now handling double the number. The airport handled 4.28 million passengers in 2011, up 7.33 percent from 2010. According to TIA, international carriers flew 2.70 million passengers, up 10.81 percent from 2010, while domestic airlines served 1.58 million travellers, up 1.87 percent.

TIA has forecast the number of domestic and international air travellers will grow more than two-fold to 9.31 million by 2028 while aircraft movement is estimated to increase to 232,750. Similarly, the number of international passengers is expected to reach 3.91 million within four years, up 44.88 percent against 2011.