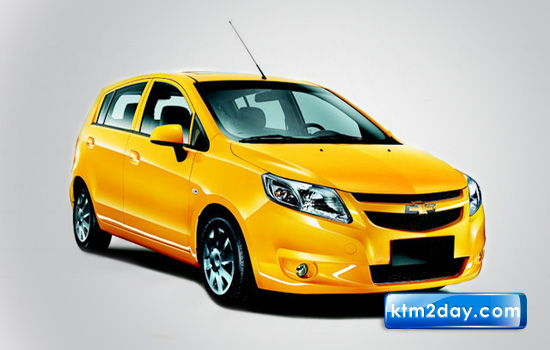 Motorists are going to be spoiled for choice in the hatchback segment. Vijaya Motors, the sole authorised distributor of Chevrolet in Nepal, plans to introduce the Chevrolet Sail, a premium B segment hatchback, by January 2013. According to Vijay Motors, the company will unveil the car once Sail is launched across the Indian market. It has been launched in a few states in India.

The arrival of the new model from Chevrolet will increase competition among B segment machines, one of the most popular car segments. According to Vijay Motors, the vehicle will give stiff competition to premium hatchbacks such as the Volkswagen Polo, Hyundai i20 and Skoda Fabia. Moreover, Sail’s entry in Nepal will also mean an increment in Chevrolet’s market penetration. While the Chevrolet Spark and Beat have been competing in the entry-level hatchback market, the new car will increase its exposure in the premium segment.

“The Chevrolet Sail is being launched in various markets across India. We are already in talks with Chevrolet India and they are likely to supply us with the vehicle by the first month of 2013,” said Rabindra Raut, general manager at Vijay Motors. According to him, the company will roll out two variants of the Sail in Nepal. Both the automobiles — a 1,300 cc diesel and a 1,200 cc petrol — will come in three to four models to address the demand of Nepali hatchback lovers.

The new vehicle from the American auto major has a bold and aggressive front with a dual port perforated honeycomb front radiator grille which has given it a muscular appeal. The car’s interior too is impressive with numerous exciting features, according to the distributor.

Vijay Motors has high hopes with regard to the new machine. According to the company, the Sail has been projected to account for half of the sales of General Motors in India. “The car has become successful in enticing customers wherever it has been launched, and we are sure it will do the same in Nepal,” Raut said.