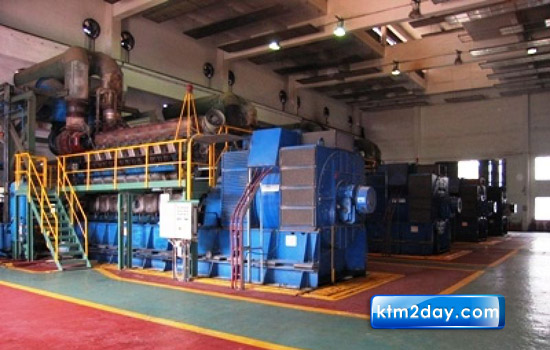 In an effort to contain the increasing power shortage, the Nepal Electricity Authority (NEA) brought diesel plants based in Duhabi of Sunari and Hetauda into operation on Tuesday.
NEA, however, said the government’s financial support would determine how long it would continue to operate the expensive power generators. As generating power from diesel plants is more expensive than from hydropower projects, the financially weak NEA had long been resisting operation of the diesel plants.

The Duhabi-based plant has 39MW capacity, while Hetauda plant’s capacity is 14.4 MW.
Operation of the plants will cost “Rs 28 million” to NEA just for the above mentioned period, said an NEA source, adding the authority has asked the Energy Ministry to request the Ministry of Finance for the required budget.
“Once the government allocates the required funds, we will fix the operation schedule for the plants after January 9.”
Lava Bahadur Ghimire, deputy managing director at NEA’s finance division, said the division provided Rs 20 million for procurement of diesel some days ago. “The amount will be enough to run the plants for about a week,” he said.
NEA had halted producing power from these plants for the last two years. While the Duhabi plant was completely defunct, the Hetauda-based plant, although not fit for operation, used to be operated in low capacity during the periods of high power demand.

The plants were recently repaired under the financial assistance from the World Bank.
The multi-fuel plant at Duhabi consists of six units each with 6.5MW capacity. The plant is expected to generate around 36MW electricity. The NEA source, however, said the plant has not been completely repaired, adding: “Necessary spare parts have recently been imported and they will be soon installed.”

Ghimire said although the operation of the diesel plants would not make a substantial contribution to reducing load-shedding, it would at least help reduce the burden of the Kulekhani project. “This will help preserve the water in the Kulekhani reservoir, which can be used during the peak demand,” he said.
The NEA source said operation of the plants costs Rs 2.80 billion annually — Rs 28-30 per unit of electricity.

Meanwhile, a team of NEA officials has left for India to negotiate for the import of an additional 150MW electricity. The country has been importing 80MW power from the southern neighbor currently.
Under its Load Shedding Reduction Action Plan, the Energy Ministry had recommended measures, including operation of local diesel plants, import of additional energy from India and setting up another 80MW diesel plant.