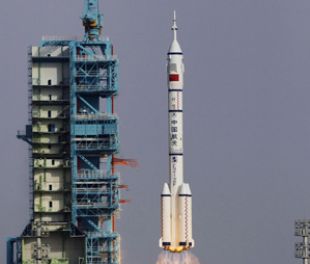 WASHINGTON: The United States is concerned about China’s expanding ability to disrupt the most sensitive US military and intelligence satellites, as Beijing pursues its expanded ambitions in space, according to multiple sources in the US government and outside space experts.

A classified US intelligence assessment completed late last year analyzed China’s increasing activities in space and mapped out the growing vulnerability of US satellites that provide secure military communications, warn about enemy missile launches and provide precise targeting coordinates, said the sources, who were not authorized to speak publicly.

“It was a very credible and sobering assessment that is now provoking a lot of activities in different quarters,” said one former government official who is familiar with US national security satellite programs.

The intelligence report raised red flags about Beijing’s ability to disrupt satellites in higher orbits, which could put the most sensitive US spacecraft at risk, according to the sources. China has already conducted several anti-satellite tests at lower orbital levels in recent years.

Given the heightened concerns, Washington is keeping a watchful eye on Chinese activities that could be used to disrupt US satellites. It is also urging Beijing to avoid a repeat of its January 2007 test that created an enormous amount of “space junk,” said one senior defense official.

Details of the latest Chinese moves that have raised US concerns remain classified.

US officials charge that China’s anti-satellite activities are part of a major military modernization that has seen Beijing test two new stealth fighters; step up cyber attacks on foreign computer networks; and launch more commercial and military satellites in 2012 than the United States.

China still lags behind the United States in most military fields.

“What we’re seeing is a heightened sense in the United States that China is a potential threat and that it has the technology to be a threat if it wishes to,” said Jonathan McDowellBSE 1.50 %, with the Harvard-Smithsonian Center for Astrophysics.

“As China becomes a space superpower, and given that it does have a significant military component to its space program, it is inevitable that the US will be concerned about threats to its most valued satellite systems, whether or not China actually intends to deploy such aggressive systems,” he said.

CREATING SPACE DEBRIS Six years ago, on Jan 11, 2007, China destroyed one of its own defunct weather satellites in low-earth orbit, which created over 10,000 pieces of debris that pose a threat to other spacecraft. A less-destructive test followed on Jan 11, 2010.

Space experts and US officials say they expect China to continue testing anti-satellite technologies, although they doubt it would repeat the 2007 test, given the massive international outcry it triggered.

Gregory Kulacki, a respected researcher with the Union of Concerned Scientists, reported earlier this month on the group’s website that there was “a strong possibility” of a new anti-satellite test by China within the next few weeks.

He said Chinese sources had told him in November that an announcement about an upcoming anti-satellite test had been circulated within the Chinese government, and a high-ranking US defense official confirmed in December that Washington was “very concerned” about an imminent Chinese anti-satellite test.

The Chinese Defense Ministry did not respond to emailed queries by Reuters’ Beijing office on the question.

The Pentagon said it was aware of reports predicting another test, but declined comment on what it called “intelligence matters.”

Sources within the US government and outside experts said there was no immediate evidence pointing to the preparations for the type of satellite or rocket launches used by China for past anti-satellite tests at lower orbits.

But they said Beijing could test its anti-satellite weapons in other ways that would be harder to detect, such as by jamming a satellite’s signals from the ground or issuing a powerful electromagnetic pulse from one satellite to disable another.

China could also maneuver two satellites very close together at higher orbits, replicating actions it has already taken in lower orbits in August 2010 and November 2010. Such activities could be used to perform maintenance or test docking capabilities for human spaceflight, but could clearly be used for more destructive purposes as well, they said.