Nokia Lumia 620 to be launched this week 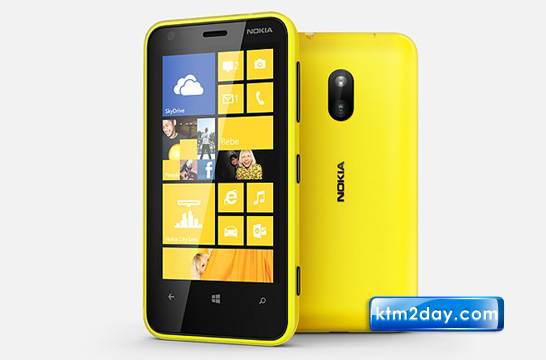 Nokia Lumia 620 is entering the Nepali market this week.

Bibeka Sharma Dhandh, managing director of Virgin Mobile, said the phone will hit store shelves this week. Lumia 620 will be the cheapest Windows 8 phone in Nepal, according to the company. It will be available at around Rs 25,000.

Lumia 620 boasts a 3.8-inch TFT WVGA display with a screen resolution of 800 x 480 pixels. It is powered by 1 GHz dual-core Krait processor with Qualcomm Snapdragon S4 chipset and Windows 8 operating system. It has an Adreno 305 graphics processor. Similarly, it has 512MB of RAM and 8GB internal storage. Its memory can be expanded up to 64 GB through micro SD card. Similarly, Lumia 620 owners can use 7 GB of SkyDrive storage.

The new Lumia phone has 5 mega pixels auto focus rear camera with LED flash and VGA front camera for video calls. The camera captures video of 720 pixels at 30 frames per second. Other features in Lumia 620 are Office 365, Xbox Live, A-GPS, Bluetooth, Wi-Fi, 3G connectivity and IE10 with HTML 5 support, among others.

Similarly, it uses sensors like accelerometer, proximity and compass. Video and photo editor in the phone allows easy editing of pictures and videos. The phone uses 1300 mAH battery that supports up to 61 hours of music playback in offline mode, up to 9.9 hours of talk-time in 3G and up to 15 hours of talk time in 2G and up to 330 hours standby time.

“The warm response from customers for two Windows 8 phones — Lumia 820 and 920 – encouraged us to launch Lumia 620. The phone has almost same features of the other Lumia phones but comes with affordable price tag,” added Dhandh.

“As the phone is available in affordable price, we are expecting to sell 250 units within a month of launch,” said Dhandh.

Virgin Mobile will conduct lucky draw among people buying Lumia 620 within a month and refund the amount of only lucky buyer.