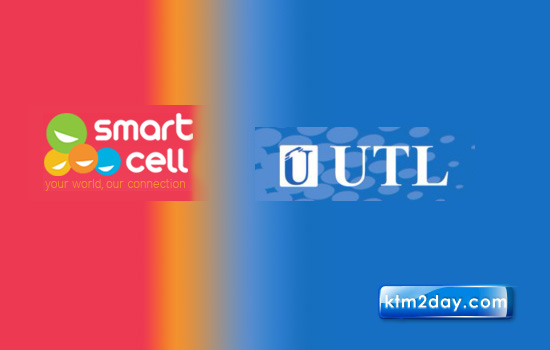 The country’s GSM mobile segment is set to see two more players—United Telecom Limited (UTL) and Smart Telecom. The government on Thursday decided to issue a unified licence to these companies, paving way for them to roll out nationwide GSM services.

Currently, Nepal Telecom and Ncell are dominating the GSM mobile service arena, the fastest growing and major revenue earner segment in the domestic telecom market, while these two players are set to face good competition from the new entrants.
“We will soon correspond with the UTL and Smart Telecom on clearing their dues if they have any, payment of the licence fee and the first installment of the licence renewal fee,” said member secretary of the Nepal Telecommunications Authority (NTA) board, Kailash Prasad Neupane.

According to the NTA, a board meeting of which decided to issue the unified licence, the decision was based on a study of the two companies’ capacity to roll out the services and field monitoring of their current services. Both the companies can now provide multiple telecom services—local telephone, domestic trunk, international long distance and cellular mobile—under the single licence.
Three telecom companies—UTL, Smart Telecom and STM Telecom Sanchar—had applied for the unified licence. However, the NTA board said it will issue the licence to STM Telecom Sanchar only after the later fulfills conditions set in its existing licence by the government.

With the entry of the UTL and Smart Telecom in the mobile segment, the telecom sector is set to witness more competition in tariff and quality, according to telecom experts.

“There will also be more investment in the telecom sector in the next five years,” said NTA director Ananda Raj Khanal. UTL has already showed interest in investing over Rs 10 billion, while Smart Telecom plans to invest around Rs 4.37 billion in the initial phase. Sources at both the companies say they will be targeting the GSM mobile segment for their service expansion. However, they did not say when they will roll out the GSM mobile services. Smart Telecom CEO Subash Bajracharya said their board will decide on the rollout plan soon.

Five months ago, the government had introduced the new spectrum policy with a focus on unified licence. It has set a provision to allocate a minimum of 6 MHz frequency for the licencee for service operation. However, due to a lack of spectrum on the 900 MHz band, in the initial phase, the NTA will provide only 5 MHz each to the two companies, according to the NTA.

For the past five years, the NTA had been planning to issue the unified licence by introducing rules to create competition in the market and help small operators expand their mobile segment services.
The government’s plan to issue the unified licences to small companies is being taken negatively by the NT, its trade union, Ncell and Nepal Satellite Telecom. NT trade unions have been saying that the unified licence regime will create an unhealthy competition and was introduced without following the set norms. Two separate cases have also been filed against the licence provision in the Supreme Court. However, the court is yet to give its final verdict.