Home » AUTO » Fully loaded SUV for the price of a sedan

Fully loaded SUV for the price of a sedan 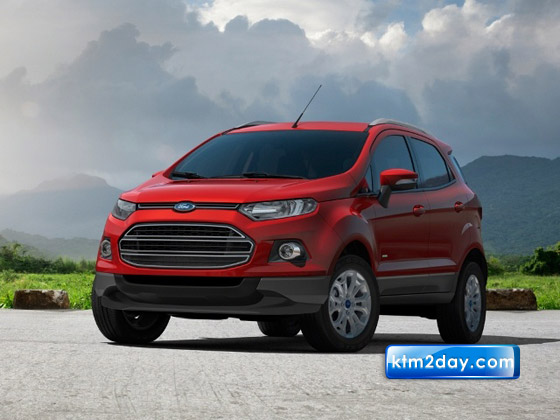 Looking for an SUV (Sports Utility Vehicle) at an affordable price? If yes, waiting for two more months might be a wise decision for you as Go Automobiles, the sole authorised distributor of American auto-major Ford is gearing up to introduce Ford Ecosport, one of the popular models, by the first week of June. According to the company, the vehicle will be available in both petrol as well as diesel option.

“We are eager to introduce the Ecosport in domestic market. As this SUV is likely to be priced very reasonably, it will have a huge advantage over competitors,” said Deepesh Shakya, sales manager at Go Automobiles, adding that the vehicle will be positioned in such a way that it can take on both SUVs and sedan cars.

The entry of Ecosport is expected to further tighten the domestic SUV market, with the vehicle likely to take on models like Hyundai Tucson, Kia Sportage, Mahindra XUV 500, Chevrolet Captiva and Volkswagen Tiguan, among others. And Go Automobiles is pinning hopes on the vehicle to become number one SUV seller in the domestic market. “Not only SUVs but we will also be aiming at people wanting to upgrade from sedan cars to SUVs,” Shakya added.

Ecosport is equipped with a 1.0ltr three-cylinder Ecoboost engine that derives a maximum power output of 118 bhp and 170 nm at 1,500 rpm.
Similarly, the diesel variant comes with a four-cylinder 1.5ltr, 8V SOHC engine which churns out maximum power output of 90 bhp at 3,750 rpm and 204 nm at 2,000 rpm. The vehicles come with five-speed manual or six-speed automatic transmission system. There are high chances that the SUV might be launched in Nepal in both manual and automatic transmission systems.

Despite being an SUV, the Ecosport has an advantage in terms of fuel efficiency. According to Ford India, the vehicle’s 1.0ltr petrol engine is 20 percent more efficient than a 1.6ltr petrol engine even though it produces a similar amount of power. As per ARAI certification, the petrol variant gives a mileage of 16 km per litre in city conditions and 20km per litre on the highway. The diesel variant too is efficient in comparison to other vehicles in this category, with a mileage of around 15km per litre in the city and 17-18 km per litre on the highway.

The powerful Ford engine gives the petrol variant of Ecosport to go from 0 to 100 kmph in less than 10 seconds with a top speed of around 170 kmph. The diesel variant which has a top speed of 160 kmph takes less than 12 seconds to go from 0 to 100 kmph.
Adding to the comfort quotient of Ecosport are power windows, air conditioning, central locking system, remote boot and fuel filler system, rear wiper, rear defogger, rear armrest with cup holder and both side electric door mirror.

However, the most intriguing factor about Ecosport is its price. According to Shakya, the entry-level Ecosport variant is likely to cost around Rs 4 million. The company has stated that the new vehicle is likely to cater to the demand of mid-level bankers, travel agency operators and businessmen, among others.