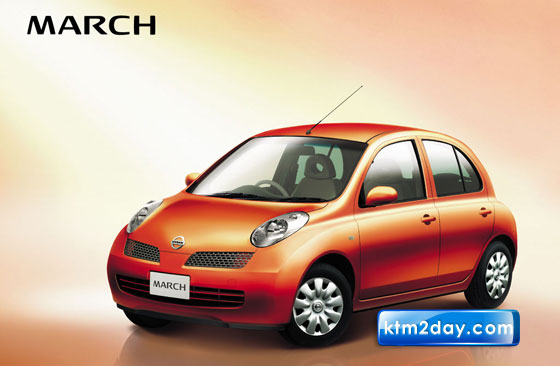 After a long wait, Japanese auto major Nissan is set to make debut in the country’s hatchback segment. Dugar Brothers & Sons (DBS), the sole authorised distributor of Nissan four-wheelers in Nepal, has said that the company is planning to introduce its premium hatchback car Nissan March in Nepal within the first week of October.

Nissan’s March will be competing with premium hatchback vehicles like Hyundai i20, Volkswagen Polo, Toyota Yaris and Skoda Fabia among others. “After a long wait March is arriving in Nepal market. Since this is the first hatchback car from Nissan, we are excited about its arrival,” said Mahesh Ghimire, senior managerNissan division at DBS. He added that the company has been receiving frequent queries from prospective buyers ever since its launch in the Indian market.

Known as Nissan Micra in India, March features a 1.2 litre in-line DOHC engine which delivers a peak power output of 75 bhp at 6,000 rpm and a maximum torque of 104 nm at 4,000 rpm. “There is no difference in Micra and March. The company has only changed its name for markets apart from India,” Ghimire informed. The car is known as March in most of the Asian countries and in Latin America. It is the newest version of supermini vehicle being manufactured by Nissan since 1982.

The car’s interior is equally impressive. It boasts almost all the luxury features, including adjustable front headrest, tachometer, parcel shelf, drive computer, cup holders and integrated audio system with four speakers and aux-in port and automatic air-conditioners. Likewise, the convenience factor of the vehicle has been raised with enticing facilities like front and rear power windows, driver side front window with auto down and anti-pinch function, central door-lock and remote keyless with push button ignition.

Similarly, its safety feature comprises of central door-locking, speed-sensing auto door lock, driver and passenger airbags, immobilizer with alarm and ABS (Anti-lock Braking System) with Electronic Brake Force Distribution among others.
The vehicle is likely to be priced between Rs 2.8 to Rs 2.9 million. DBS is aiming to sell around 300 units of Nissan March in the first year of its launch here.

“The market for small cars has been increasing significantly here. Since this vehicle is a competitive product, we are confident about achieving this target easily,” Ghimire said, adding that the company will be targeting premium hatchback car seekers and those willing to upgrade from the entry-level small cars.