Rupee drops to historic 100.60 per US dollar 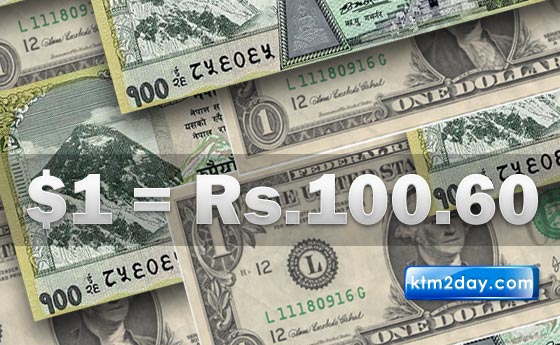 Economists said continued decline in the value of both the Nepali and India rupees will result in higher inflation and trade deficit, eventually constraining economic growth in the country.

“The ever-weakening rupee is all set to render more harm than good for our economy as it causes imports to become more expensive, leading to increasing production costs for domestic factories and higher inflation in the market,” Dr Bishwombher Pyakuryal, an economist, told Republica on Monday.
Though a stronger dollar drives up foreign currency reserves and remittance inflow volume, it does not support the economy significantly as most raw materials used in domestic industries are imported and more than 90 percent of remittance earning is spent on consumption.