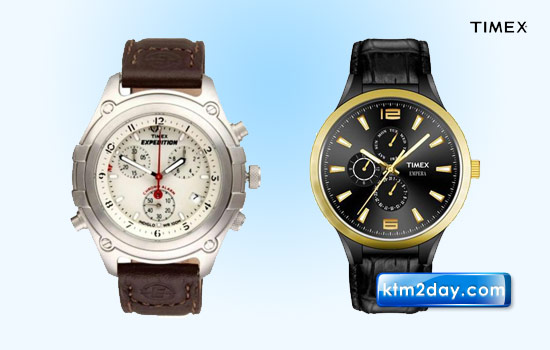 According to officials of Him Electronics, eight of the new models are for women while the rest are for men.

“The Classic series, which has nine models all for men, has a reserved tone but reflects an individual´s personality,” said Adhikari. Timex Classic watches are available at Rs 4,500.

The company claims that bands of Timex watches, be it leather or metallic one, are anti-allergic.

“Earlier we received complaint that some of our customers got allergic to the bands. Now, Timex has come up with a solution to it. Now all the watches are medically tested and are anti-allergic,” said Adhikari.

Him Electronics provides two-year international warranty on Timex watches. The company sold 87,000 units of Timex watches in 2012/13 and plans to sell 100,000 units in the current fiscal year.