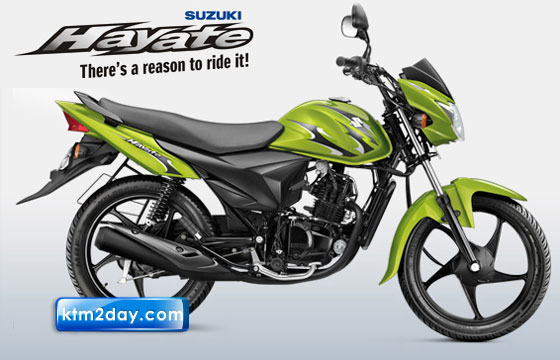 The Suzuki Hayate competes with popular two-wheelers in the category like Bajaj Discover, Yamaha YBR, Hero Passion Pro, Hero Splendor and the Honda Dream Yuga. The emergence of two-wheelers as the best mode of commuting has pushed up the sales of motorcycles having lower engine displacement, especially in the Tarai region.

According to the company, Hayate has a powerful 112cc engine and comprises of well suited outlook. Its efficient engine offers great fuel-to-mileage ratio and its comfortable ride adds to the user satisfaction, the company said.

The comfort factor for the riders has been enhanced with telescopic, coil spring front suspension with five-step adjustable rear shock swing arm suspension. Likewise, it has got a 130-mm front and 110-mm rear brakes. “The bike has received high ratings from two-wheeler enthusiasts from its launch itself and has been perceived as a strong motorcycle by the dealers all over the nation,” said Upendra Sigdel, marketing manager of Ganesh Enterprises.