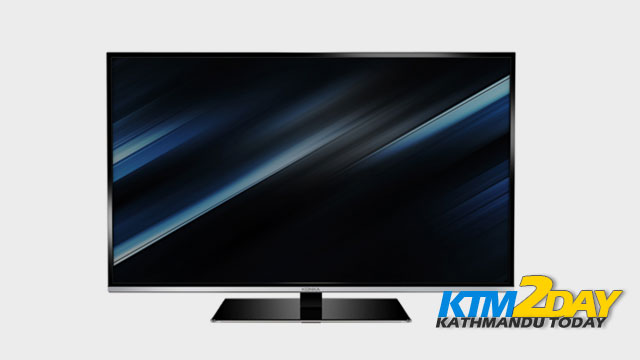 Saurav Photo International, the authorised distributor of Konka televisions in Nepal, has launched 10 new models from the Konka 611, 618 and 712 series in the domestic market.

The 611 and 618 series come in 19-inch, 24-inch, 32-inch, 39-inch, 42-inch and 48-inch sizes. Likewise, the company has launched the 42-inch Smart 3D television from the 712 series which is powered by Android 4.2 Jelly Bean operating system. It features inbuilt camera, Wi-Fi connectivity and Ethernet LAN port. The TV comes with integrated remote control, keyboard, mouse and microphone that give users various facilities like multi-touch, gesture recognition and voice control.

According to the company, the TV has dual-window mode which enables the user to enjoy chatting and web browsing while watching TV. Likewise, its large screen and internet function enable customers to share the enjoyment with family members living far away by high-definition internet video phone calls. It also supports USB 3.0 connectivity.

Similarly, the 618 series comes with second generation energy-saving technology which adjusts the backlight brightness depending on the environment. These televisions have a second-generation colour wheel technology to restore the true colours of nature in a better way. Other features of this television include Full HD 1080 P, back plug-in design and green mode, among others.

Konka televisions are available at prices ranging from Rs 16,000 to Rs 95,000 in the domestic market. The company aims to sell 2,000 sets during this World Cup season. It has been running a promotional campaign under which customers of Konka televisions can win various gift items like television sets, trekking bags and footballs. Customers need to fill up a form shown on the company’s website, and the winners will be announced through a lucky draw.