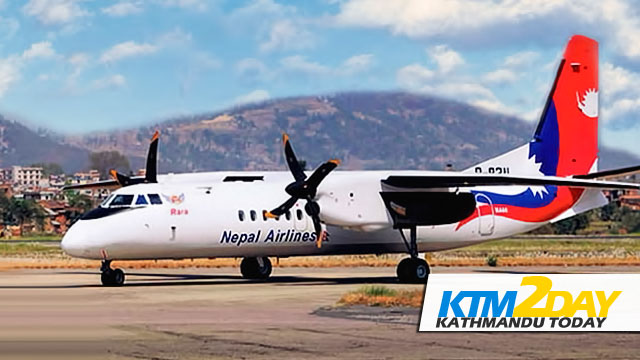 “The aircraft flew to Biratnagar early on Wednesday with 29 passengers on board. It returned to Kathmandu with 33 passengers,” Ram Hari Sharma, spokesperson of NAC, told Republica.

The aircraft has been configured to carry 56 passengers.

The new aircraft will fly to Dhangadi, Bhairahawa, Biratnagar and Bhadrapur. For this, the state owned airlines had already published flight schedule and promotional fare.

Though the aircraft had landed in Kathmandu on April 27, NAC had failed to start commercial operation then because of the delay in registration of the aircraft in Nepal.