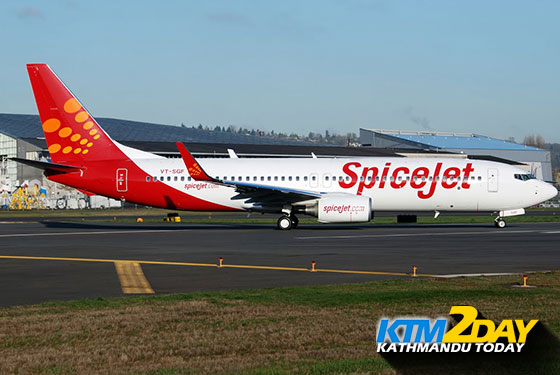 SpiceJet has announced the launch of a new flight connecting Kathmandu and Kolkata via Bagdogra with effect from August 13.

This flight will operate three times a week, on Mondays, Wednesdays, and Fridays. Bookings for this flight are now open.

The airline is also offering an introductory promotional fare starting from Rs 199 plus statutory taxes and fees for Kathmandu to Bagdogra.

Also, fares from Kathmandu to Kolkata via Bagdogra start at Rs 5,078 plus statutory taxes and fees.

This offer from Kathmandu will be valid on the first 1,000 seats sold on a first come, first serve basis.

With the introduction of this flight, SpiceJet will become the first Indian airline to operate international flights between Kathmandu and Bagdogra.

The new flight is in addition to the 11 weekly direct flights that SpiceJet operates on Kathmandu-Delhi route.