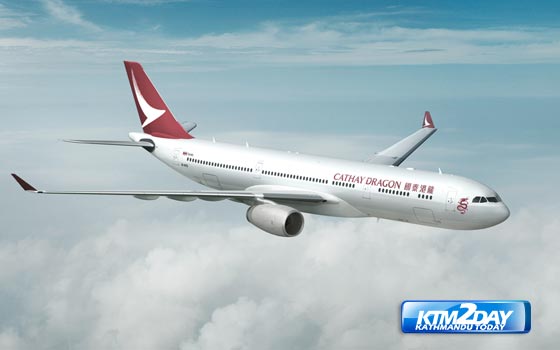 Cathay Pacific, Dragonair’s owners, have just announced that as of this month, the medium-haul carrier’s name will vanish from Asia’s airspace.

In a repackaging exercise seen as an attempt to bolster the identity of both airlines, Dragonair planes will bear a new name: Cathay Dragon.

It’s a move the Hong Kong-based aviation giant says will help cash in on “international brand recognition and leverage on Cathay Dragon’s unique connectivity into Mainland China — one of the world’s fastest-growing business and leisure travel markets.”

Airline customers, it adds, “will benefit from greater convenience and a more seamless travel experience.”

Dragonair’s fleet of 41 aircraft, which connect to points across mainland China and Asia, will now have their tail fins scrubbed of their Chinese dragon logo.

In its place comes a red version of the white-on-green swoosh used by Cathay Pacific.

Despite the fact the new logo bears a passing resemblance to that of Aussie carrier Qantas, aviation industry experts say the rebrand is a smart one.

“Maintaining a separate regional unit will allow the group to leverage the stronger and global Cathay brand, while at the same time maintaining Dragonair’s traffic rights and lower operating cost,” Centre for Aviation senior analyst Will Horton told the South China Morning Post.

The identity switch means the end of the brand that first took to the skies in 1985, initially as a competitor to Cathay Pacific.

Cathay acquired a stake in the airline in the 1990s, taking it over as a wholly owned subsidiary in 2006.