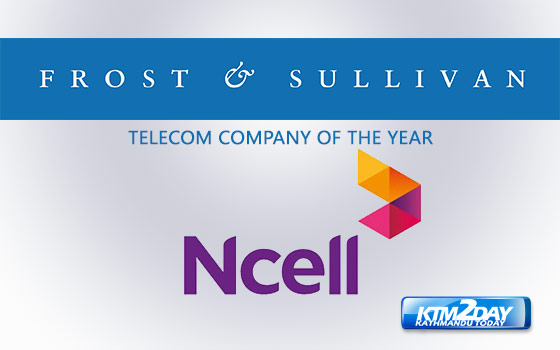 Ncell has been crowned with ‘Telecom Company of the Year’ award at 2016 Nepal Best Practices Awards on Wednesday.

International growth partnership company, Frost & Sullivan during 2016 Nepal Best Practices Awards, which honoured best-in-class firms within a multitude of industries in country, conferred Ncell with award, as per a press statement issued on Thursday.

This is the third award that Ncell has received in 2016. In February, it had received Global Mobile Awards by GSMA for ‘Mobile in Emergency and Humanitarian Situations’ and in October was recognised by Frost & Sullivan as ‘2016 Nepal Mobile Service Provider for the Year’ in Singapore.