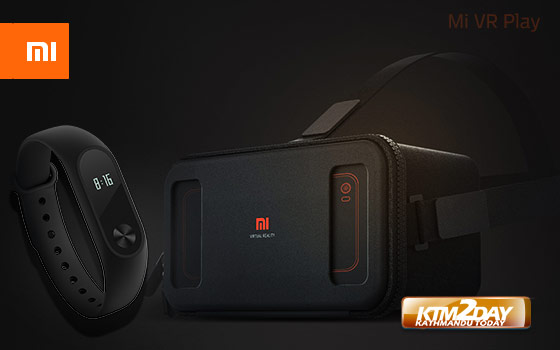 Xiaomi has launched new accessories in the Nepali market.

According to a press release issued by the company, the new items includes Mi Band 2 available at Rs 4,499, Mi-In-Headphone Pro available at Rs 3,299, and VR Play costing Rs 1,999.

The company has sold 70 million units of smartphones in the international market by the end of 2015, according to the release.

Vatsal Impex, the official distributor of Xiaomi in Nepal, will sell the new accessories from Mi showroom located in Labim Mall, Pulchowk, according to the release.