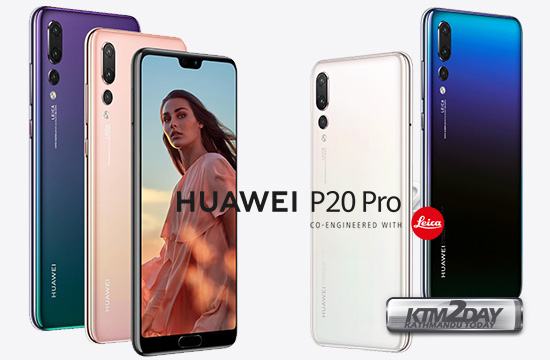 Two luxury bets. Two new tops range for “the Android world”. They arrived today and already dazzled Paris and the world. They are the new Huawei P20 and Huawei P20 Pro, devices that present several differences even though they share the same DNA and the vocation for photography.

In addition to the cameras (with differences between them), we have a  very similar look between both equipments. Both are endowed with a notch or cutout at the top of the screen. Both have IP67 certification for water and dust resistance as well as a new glass and metal construction. In fact, his whole  look would be reformulated in 2018.

However, we are here to expose the differences between both models so that the reader and possible consumer can choose the smartphone most suitable for you. First, the price will be quite different. Personally, I believe that one of the most noticeable differences, besides the size, will be the screen (LCD vs. AMOLED). At a cost of € 650 the Huawei P20 will be the most affordable. Already the Pro version, in 2018 raises the price threshold for the € 900 in the European market.

What are the differences between the two – P20 Pro and P20?

This difference of almost € 250 is justified by several differences between the two terminals. Right from the screen size of screen 6.1 inches vs. 5.84 inches. Then we also have the differences in RAM from 4GB to 6GB on the Huawei P20 Pro. Also the capacity of your batteries will be different, with 3400mAh in the standard model and 4000mAh in the P20 Pro. Next we also have a triple camera in the model P20 Pro and a dual camera setup in the standard model.

The P20 Pro, on the other hand, comes with three cameras at the back. One is a 40-megapixel main RGB sensor of aperture f/1.8, the other is an 8-megapixel 3X telephoto lens with aperture f/2.4 and the third is a 20-megapixel monochrome sensor with aperture f/1.6. The three cameras help you click good photos in any lighting conditions, apart from allowing for telephoto shots. There is also 960fps slow-motion video recording mode just like you’ve seen on the Galaxy S9 and Galaxy S9+.

Now we dig out the difference the two in more detail.

Both smartphones come with a 24-megapixel front camera for selfies and video calling.

With the same interface, Emotion UI or EMUI 8.0, both smartphones use the latest version of Google’s operating system, Android Oreo. We also have Artificial Intelligence at your service to help you get the best possible picture. The IP53 certification of the P20 makes it less rugged than the P20 Pro, IP67 certified.

Both devices will be a viable alternative to Apple and Samsung’s top of the range, especially if photography is your priority. In this case I’ll say you can hardly find a better smartphone for this purpose, be it the P20 standard or the P20 Pro.

Their arrival in stores will take place in mid-June in Nepal, starting in the second fortnight of the month. It will be available in Black , Blue , Pink and Twilight . This last color,Twilight, gives us a mix of purple and blue gradients which is extremely captivating and almost mesmerizing.