Electric buses rolls out in Kathmandu Sajha Yatayat started test operation of its new electric buses on Tuesday. This initiative to run electric buses in Kathmandu busy roads will help curb air pollution in the near future.

The chinese manufactured electric buses from BYD company has been made possible with the help of Asian Development Bank.

Prime Minister KP Sharma Oli inaugurated the electric bus. He also rode the bus from Sajha’s office in Pulchowk to his office in Singhadurbar.

These electric buses have a capacity of 20 seats and can accommodate 35 passengers including the driver and is installed with CCTV cameras for the security of the passengers. 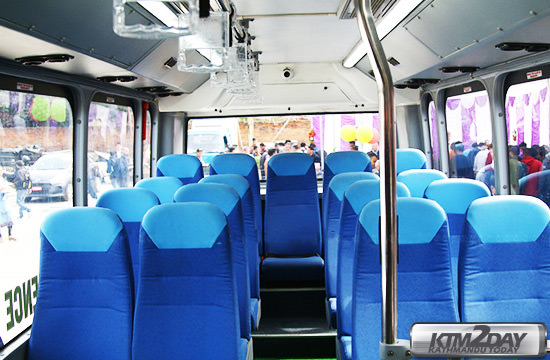 Sajha Yatayat Chairperson Kanak Mani Dixit said the buses were to be operated in Lumbini but will instead run on Kathmandu roads without potholes until the Gautam Buddha International airport is completed in Bhairahawa.

Purchased with a Chinese company at Rs 20 million rupees each, two buses have already been brought to Kathmandu while three others are in process for arriving. 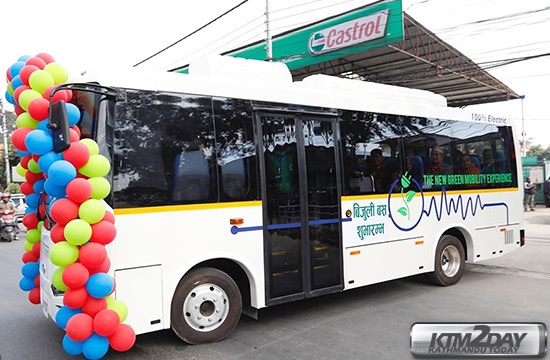 After Sajha Yatayat, other major comapnies like Mayur Yatayat and Sundar Yatayat are also in the process of rolling out electric buses in the roads of Kathmandu valley.