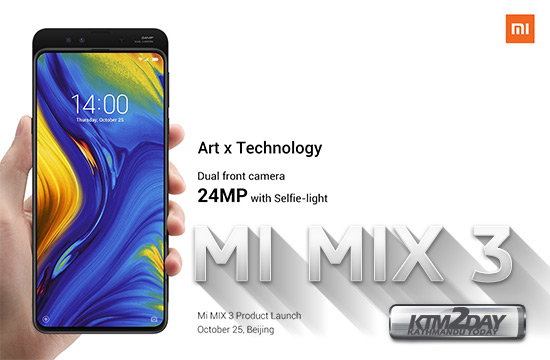 Xiaomi Mi Mix 3 is finally official: the Chinese company presented it during a press conference that took place in Beijing and that allowed to confirm what had already emerged following the long trail of leaks and speculations about this device. Xiaomi has chosen to continue to carry on it’s personal recipe to reach the important milestone of a smartphone characterized by the ratio of the body screen equal to 93.4% with a diagonal of 6.39 ” , without resorting to the notch.

The company has, in fact, provided a slide mechanism that hides the dual front camera, when there is no need to use it. A mechanical and non-electric system that should guarantee greater durability and opens only when we really need it . 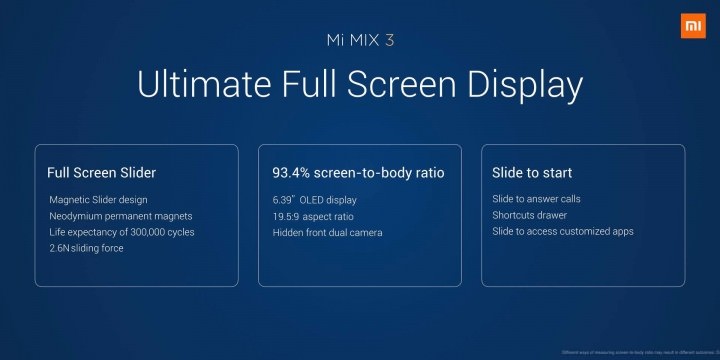 Xiaomi’s third-generation bezel-less smartphone, Mi MIX 3 packs a whopping 10GB of RAM along with a sliding camera. Xiaomi Mi MIX 3 is powered by Qualcomm’s Snapdragon 845 processor paired with 10GB of RAM and 256GB of onboard storage. It comes in three colour options of black, green, and blue.

A special edition of Mi MIX 3 featuring a ceramic body and representing Xiezhi, a legendary creature in Chinese and Korean mythology was also unveiled during the event. 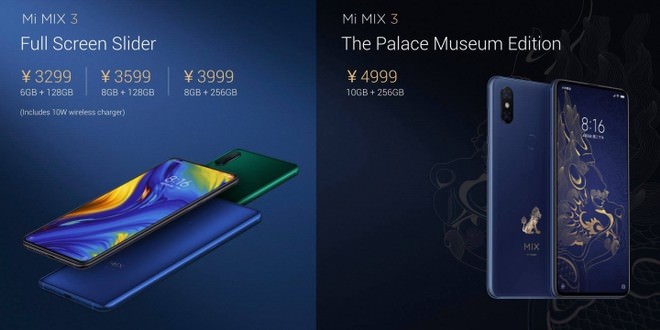 The smartphone features a Full HD+ 6.39-inch AMOLED display with a 93.4% screen-to-body ratio. 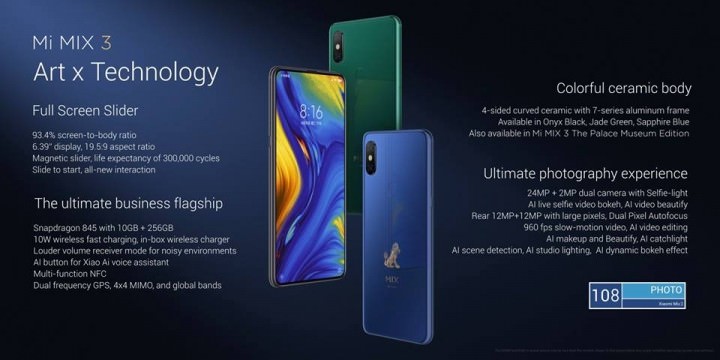 Xiaomi Mi MIX 3 has curved edges with a slim body and bottom chin. It has two speaker grilles at the bottom along with a USB Type-C port. It comes with slow motion video recording support. The smartphone can record slo-mo videos at 960 frames per second with a DxOMark score of 103.

The handset features AI-powered dual-camera setup at the front and rear. There’s a 12MP+12MP Sony IMX363 sensor with f/1.8 and f/2.4 aperture dual camera combination at the rear. Up front the smartphone houses a 24MP+2MP dual-camera module with Sony IMX576 sensor for selfies. 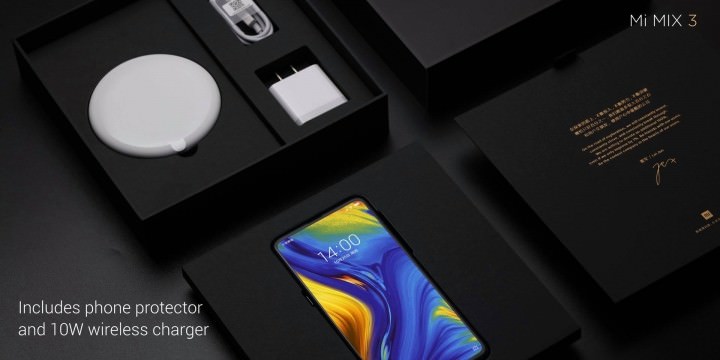 Mi Mix 3 also supports 10W Wireless charging and integrates the Dual GPS even better than the one seen on the Mi 8. 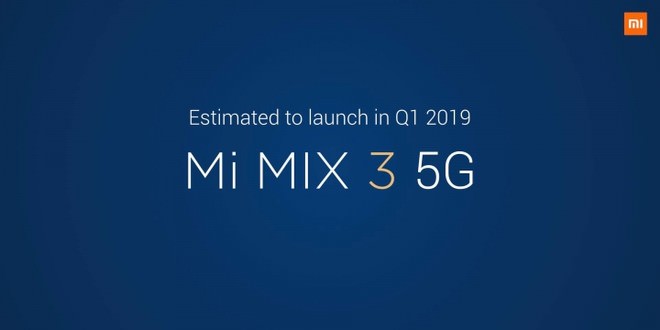 Xiaomi will launch the 5G version of Mi MIX 3 in the first quarter of 2019.