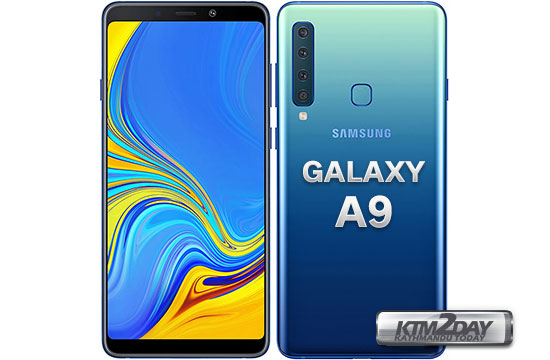 Samsung has been losing its smartphone market to key smartphone makers Oppo , Huawei and Xiaomi in recent times.

Samsung has topped to the number one position in the global sales record but things are very different in the world’s two major biggest smartphone markets – China and India. These markets are dominated by Chinese smartphone makers which provides cheaper handsets with lots of features and better hardware specs.

The Korean company has been struggling to recover its ground and has now decided to introduce new models in the market with new features.

The company recently introduced Galaxy A7 2018 with triple camera setup on the rear and is now going for the rear quad camera setup.

Samsung is going to feature this quad camera setup on its new handset – Galaxy A9.

Galaxy A9 will be the first model to have such a configuration on its rear, which caught many by surprise because it’s a mid-range smartphone.

The company is going to reveal Galaxy A9 on a live event to be hosted on Oct 11 in South Korea.

The Samsung Galaxy A9 will run the Snapdragon 660 chipset by Qualcomm. The Korean company rarely equips its devices with other manufacturer’s SoC – this usually happens in the US and China, meaning the new device might be launched in one of those countries first.

The platform will be coupled with 6 GB RAM and 128 GB internal storage, and is very likely the phone to have microSD slot for up to 512 GB more.

The rear panel will also house a square shaped fingerprint scanner above the Samsung logo.

The battery of the Galaxy A9s will be 3,800 mAh with a USB-C port, but Samsung will stay on the Quick Charge 2.0 standard.

The smartphone will run on Android Oreo 8.1 with Samsung Experience 9.0 interface on top.