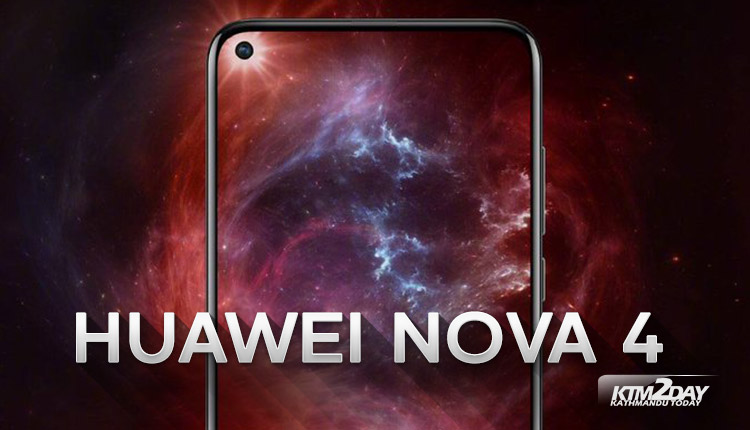 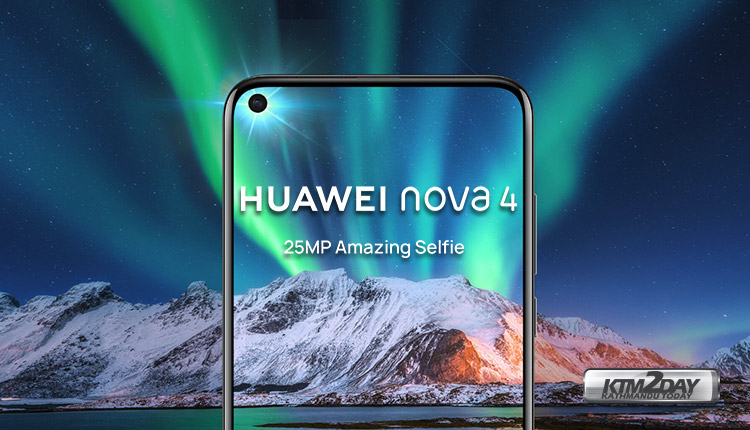 Last week, Huawei teased an image on its Weibo account, suggesting that the Chinese company is all set to launch a smartphone with Infinity-O like display in December. While the phone, Nova 4 — successor of the Nova 3 — appeared in several leaks and concept renders, the exact launch date was not known.

However, the company has now posted another image on Weibo, revealing that the Huawei Nova 4 will be officially launched on 17th December.

As can be seen in the poster below, the Huawei Nova 4 will have a hole for the selfie camera in the upper left corner of the display. Thanks to the ‘punch hole’ cutout, the Nova 4 is expected to have a highly impressive screen-to-body ratio.

Since the Mate 20 Pro has a slightly lower screen-to-body ratio than most other flagship smartphones, we can be fairly certain that the Nova 4 will be the most impressive Huawei-branded smartphone in terms of the screen-to-body ratio. Samsung is also expected to launch a smartphone with a similar cutout in the display, the Galaxy A8s.

Even though the South Korean manufacturer is yet to reveal a launch date for the Galaxy A8s, it remains to be seen if the Huawei Nova 4 will be the first smartphone to launch with a hole in the display for the selfie camera.

As far as the hardware specifications of the smartphone are concerned, there is very little that has been revealed so far. Since the Nova 4 is expected to be a direct successor to the Nova 3, we can expect it to be powered by the company’s latest 7nm Kirin 980 processor under the hood, coupled with up to 6GB of RAM and 128GB of internal storage.

Similar to the Nova 3, a 4GB RAM variant with 128GB of internal storage may also be offered in select markets. Whether or not the Nova 3 successor will have a microSD card slot for storage expansion, however, remains to be seen. 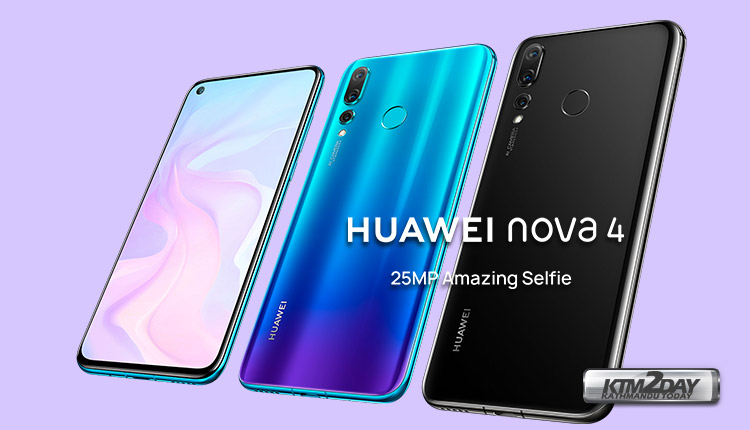 In the camera department, the Nova 4 is expected to sport a dual-camera setup on both sides, just like its predecessor. Connectivity-wise, we expect the smartphone to support Wi-Fi 802.11 a/b/g/n/ac dual-band, Bluetooth 5.0 Low Energy, GPS with A-GPS, GLONASS, BeiDou, USB Type-C port, and Dual 4G VoLTE.

On the software front, we expect the upcoming Huawei smartphone to ship with Android 9.0 Pie-based EMUI 9.0 out of the box.