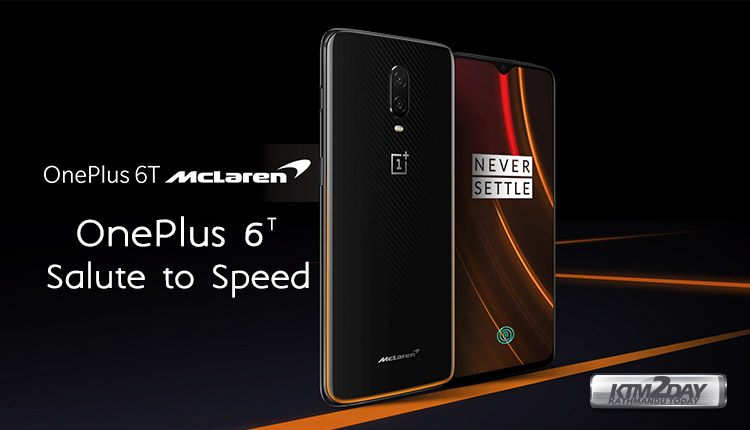 OnePlus has teamed up with British sports-car maker McLaren to launch a special edition of OnePlus 6T.

If you somehow managed to find the OnePlus 6T a little slow for your needs, then you may be interested in an upcoming special edition version of the brilliant handset.

OnePlus 6T McLaren Edition has been unveiled globally, and the Chinese company has provided a price in British pounds. OnePlus has also detailed availability in Western Europe and North America, whilst providing a tentative timeline for India, China, and Nordic regions. More details about the OnePlus 6T McLaren Edition India release date should be made clear at the company’s Mumbai launch event tomorrow. The biggest highlights of the smartphone are its 10GB of RAM, and the company’s new fast charging tech – Warp Charge 30. The OnePlus 6T McLaren Edition also features a carbon fibre pattern below the glass on the rear panel, and the signature McLaren Papaya Orange colour placed on the bottom of the smartphone. There is more McLaren stuff in the box as well.

The OnePlus 6T McLaren Edition sports 10GB of RAM and 256GB of inbuilt storage. As for availability, OnePlus has announced that the smartphone will go on sale in Western Europe and North America on Thursday, December 13. In India, China, and Nordic regions it will become available ‘soon after’, the company said in a statement.