Today Huawei entered into a new phase with the launch of Nova 4 smartphone in China. The Huawei Nova 4’s other highlights include its 48-megapixel rear camera with a Sony IMX586 sensor that’s part of a triple rear camera setup, as well as its gradient colour design. The Huawei Nova 4 has gone up for pre-orders, and will become available to buy later this month.

The Nova smartphone family is still quite new, having been introduced in China in late 2016 – since its debut, it is quite popular among the masses specially the youths.

So far only 5 smartphones have been released for this family. Since the first Nova 2, the evolution in the quality they have offered is impossible to go unnoticed. Its success in China has been so great that the manufacturer quickly realized that it needs to expand its availability to the remaining international markets. On the front of the Huawei Nova 4, in the display hole (4.5mm wide), is a 25-megapixel front camera with an f/2.0 aperture, with EIS functionality. The earpiece is contained on the top-edge, and is just 0.85mm wide. There is 128GB of inbuilt storage on the smartphone, not expandable via microSD card. 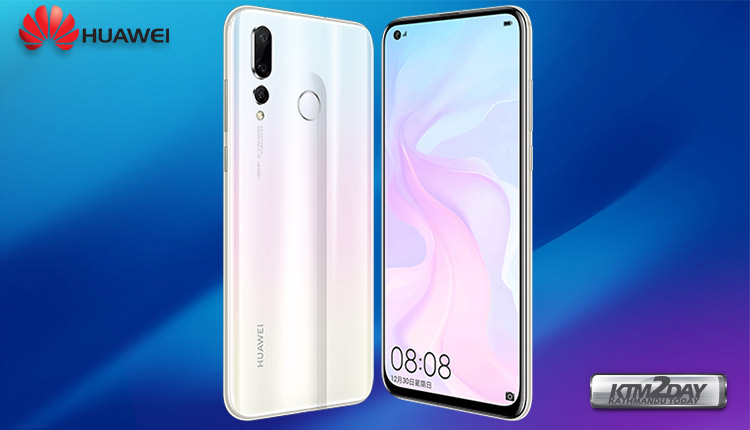 The Huawei Nova 4 is expected to release in Nepali market in the next couple of months. 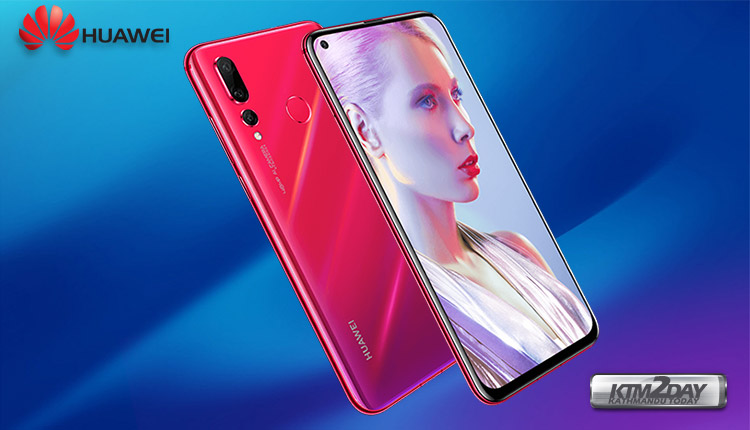 The Huawei Nova 4 price has been set at CNY 3,399 (roughly NRs. 56,500) for the 48-megapixel rear camera variant, and CNY 3,099 (roughly NRs. 51,500) for the 20-megapixel variant. They are up for for pre-orders via Huawei’s Vmall e-commerce site, and will go on sale on December 27. Huawei will make the smartphone available in Black, Blue, Red, and White colour variants.

Huawei Nepal has launched the Nova 4 smartphone in Nepali market at a price tag of NRs.64,900. 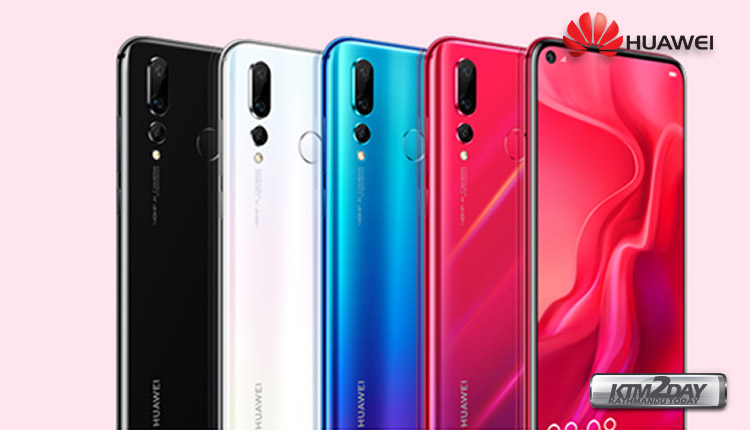 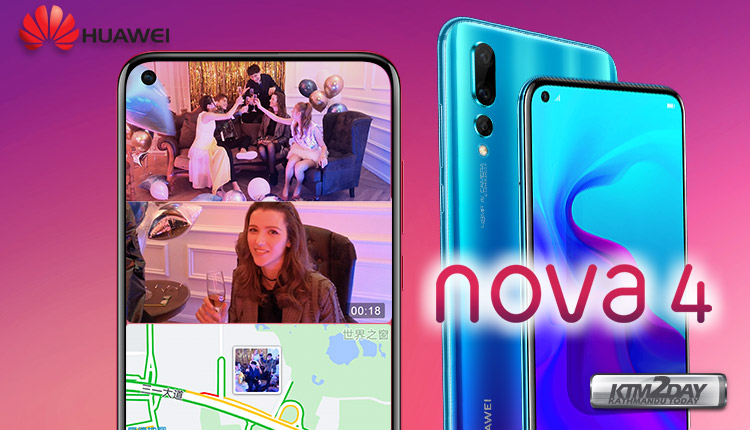