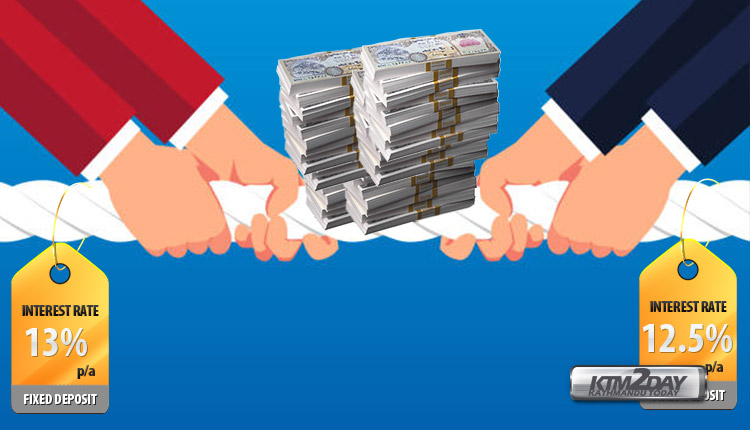 Commercial banks launched another interest rate war even as the Finance Ministry is studying the impact of rising interest rates on deposits. Soaring interest rates have been blamed for sending stocks into free fall. The Nepal Stock Exchange (Nepse) index, which had recovered slightly last week, posted another double-digit plunge on Tuesday.

Banks have jacked up interest rates despite consistent warnings by the government not to do so. Nabil Bank and Himalayan Bank on Tuesday announced 13.5 percent interest on deposits, which is probably the highest in the industry.

Following the development, Nepse dropped 14.61 points to close at 1,168.17 points. Except manufacturing and others, all trading groups saw losses. The Nepse had been rising steadily in the past two weeks before banks started competing to increase the interest rate, after the Nepal Bankers’ Association decided not to follow the gentleman’s agreement to keep the rates fixed. 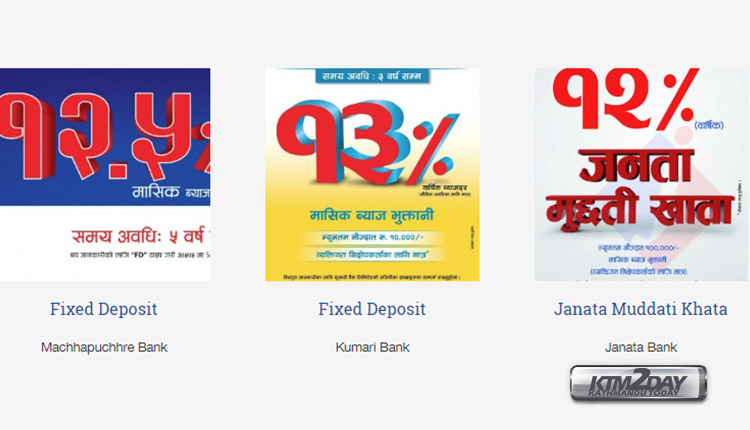 On December 7, the ministry formed a panel led by a central bank deputy governor to study the current status of the money and capital markets in a bid to tame the interest rate hike. The panel was supposed to submit its report in a week but is yet to finish the task.

NBA President Gyanendra Dhungana, who is also a member of the panel, said the task force would be submitting its report to the ministry soon. “The Bankers’ Association will remain in a wait-and-watch mode until the report is finalised,” said Dhungana.

“Banks are after increasing interests rate to earn higher profits,” said Chhote Lal Rauniyar, vice-chairman of the Nepal Investors Forum. “If there had been a shortage of loanable funds as banks have said, how can they can make an average 46 percent net profit in the current fiscal year?” Rauniyar said.

Rauniyar said the fall in the secondary market on Tuesday was a result of the rise in bank interest rates.
According to him, the forum has urged the study panel to raise the risk weight for loans against shares to 100 percent, increase the threshold of margin lending to 80 percent from 50 percent, and allow stockbrokers to engage in margin trading. “These steps are expected to help boost the secondary market.”

On Monday, a group of investors started a hunger strike complaining about the free fall in the stock market.
The ‘pressure group’ has demanded the implementation of margin trading by brokers, provision of market makers and dealers, allowing investment by non-resident Nepalis and the resignations of Finance Minister Yuba Raj Khatiwada and Nepal Rastra Bank Governor Chiranjibi Nepal.

Hari Dhakal, coordinator of the pressure group, said they staged the protest against the slow pace in enforcing a mechanism to develop the country’s capital market. “This is to pressurise the authorities to enforce the policies which have remained pending for years,” Dhakal said.