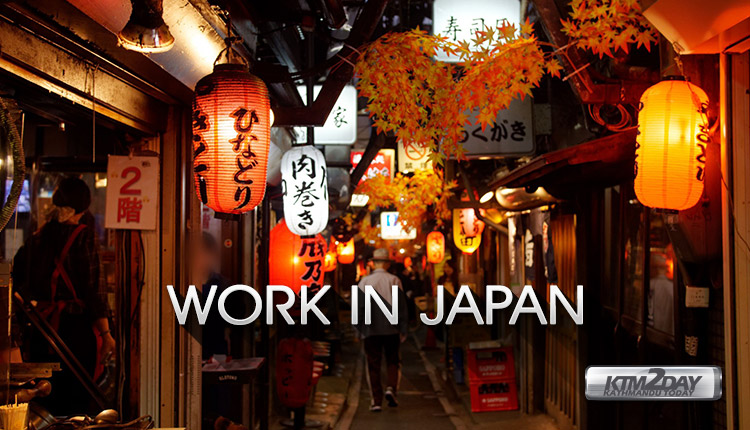 With the Japanese government on Tuesday endorsing its basic policy on a new visa system to encourage the entry of more foreign workers, Nepalis also will now be able to go to Japan on work visas.

The new visa policy endorsed by the Japanese cabinet on Tuesday applies to workers from nine Asian countries including Nepal. Workers from these countries will be able to work in 14  sectors, including construction, the restaurant business, farming and nursing care, according to Japan Today, a Japanese online newspaper.

Minister for Foreign Affairs (MoFA) Pradeep Kumar Gyawali, during his visit to Japan last month,  requested Japanese authorities to include Nepal as one of the source countries for foreign workers in Japan. Japanese Foreign Minister Taro Kono is scheduled to visit Nepal in the second week of January 2019.

Officials at the Ministry of Labor and Employment said a technical team from Japan is expected to arrive in Nepal within a month. During the visit of the technical team, Nepal expects to finalize the modalities for sending Nepali workers to Japan.

“The government aims to work with the nine Asian countries to shut out unscrupulous brokers from collecting fees from foreign workers on the pretext of assisting them to come to Japan and find jobs,” said Japan Today.

Reports said the Japanese government came up with a 126-point policy package aimed at facilitating the daily lives of foreigners who may not be used to Japanese culture and customs and has earmarked 22.4 billion yen for the purpose.

The programs include a plan to set up around 100 consultation service centers across Japan that will provide information and advice on a range of issues such as employment, medical services, child-raising and education. The so-called one-stop consultation centers will offer services in 11 languages, including English, Chinese, Vietnamese and Indonesian.