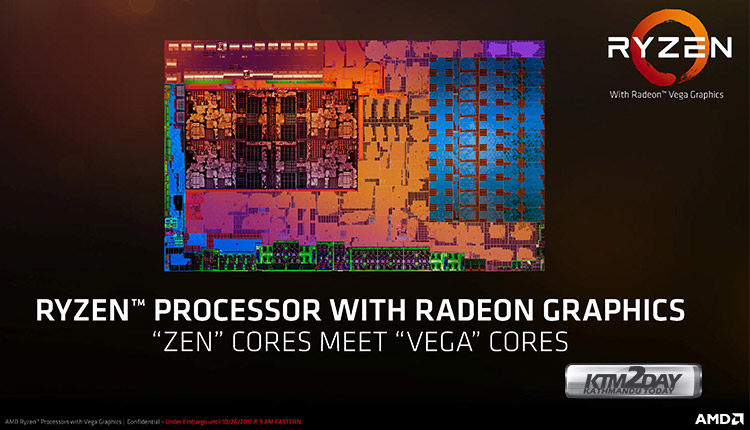 The competition between Intel and AMD is not limited to desktops. Both brands have a very interesting portfolio of microprocessors specifically adapted to the needs of laptops. In fact, AMD has just announced its new second generation Ryzen 3000 chips , a family of solutions designed to compete in two of the segments , the ultralight and the gaming equipment .

The Sunnyvale company has introduced six new processors from the Ryzen 3, Ryzen 5 and Ryzen 7 series with a maximum of 4 physical cores and 8 execution threads, Radeon Vega graphics logic and a TDP that ranges from 15 watts to the most modest model and the 35 watts of Ryzen 7 more powerful. As you can see, on paper they look good.Let’s take a closer look to find out the details.

The new Ryzen 3000 processors presented by AMD are manufactured using 12 nm lithography. All of them incorporate Radeon Vega graphics and attractive a priority features such as Wake on voice , a feature implemented in Windows 10 that allows us to “wake up” our PC when it is in hibernation using our voice, or Modern standby , another feature introduced by the latest system Microsoft operating system that significantly reduces the power consumption of the computer when it is in hibernation.

The most ambitious models, such as the Ryzen 5, and, above all, the Ryzen 7, are especially tailored for gaming environment.These microprocessors have four physical cores and are capable of simultaneously processing a maximum of 8 threads of execution. On the other hand, the GPU of the Ryzen 7 has 10 cores, while that of the Ryzen 5 remains in 8 cores. Of course, they all have the same level 2 and 3 cache subsystem (6 MB). 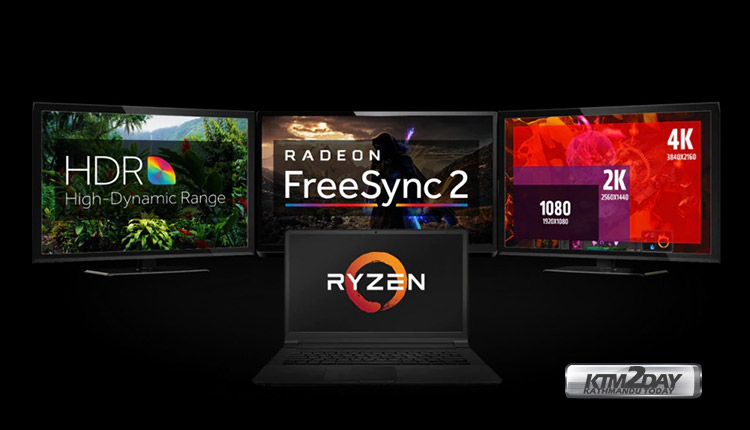 The two Ryzen 3 models presented by AMD fit well into ultra-compact laptops where overall performance is not as important and low power consumption and less heat dissipation is required. The Ryzen 3 3300U has four physical cores and lacks SMT technology, so it processes a maximum of four execution threads. The Ryzen 3 3200U model has two physical cores and this one has SMT technology, which allows it to process a maximum of 4 threads .

The TDP of these two last chips is 15 watts, and, like their big brothers, they incorporate the Radeon Vega graphics card, although the number of cores of the GPU is reduced to 6 in the Ryzen 3 3300U, and 3 in the Ryzen 3 3200U. An interesting fact is that, on paper all chips with a TDP of 15 watts fit well in ultra-compact laptops, which in theory will allow assemblers to develop lightweight and very compact equipment also with processors such as Ryzen 7 3700U and Ryzen 5 3500U.

AMD has also revealed an entry-level Athlon 300U chip. It has two cores/ four threads with a base clock rate of 2.4GHz. It can be overclocked to 3.3GHz and includes three GPU cores.

AMD has confirmed that the first laptops equipped with the new Ryzen 3000 second-generation microprocessors will arrive in stores from the first quarter of this year.Manufacturers like Acer, ASUS, Dell, HP, Huawei, Lenovo and Samsung will be launching various ultrabooks with varying hardware specifications.

AMD said, “Users expect mobile PCs that excel at both everyday tasks and compute-heavy experiences, and with our latest mobile processor portfolio AMD offers exactly that across all levels of the market”.