Home » NEWS » Government to provide annually Rs 22,417 for the unemployed

Government to provide annually Rs 22,417 for the unemployed 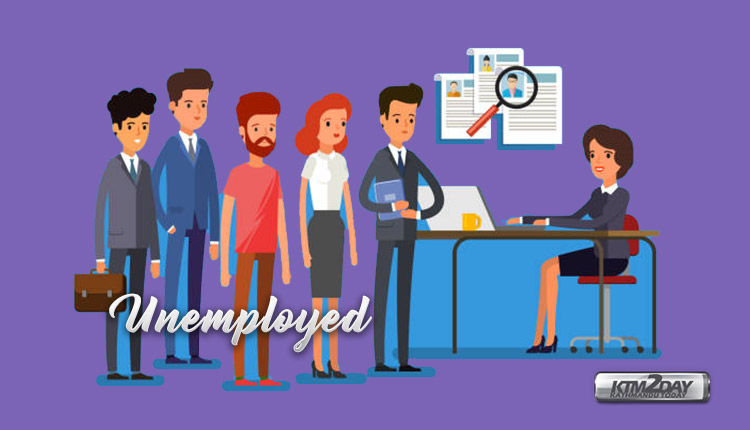 The government has said it will provide 50 per cent of the minimum wage that it has set to those people who remain unemployed for 100 days if none of their family members are employed for a year.

The amount that will be provided will be equivalent to 50 per cent of the government-set minimum wage for 100 days.

The Ministry of Labour, Employment and Social Security has finalised the much awaited Prime Minister Employment Programme, which includes the aforementioned provision under the heading of life sustainability allowance.

The government had set a monthly minimum wage of Rs 13,450 for workers on July 9, last year. Hence, such families will receive Rs 22,417 annually.

Moreover, the employment coordinator will work to collect data of the unemployed persons at the respective local level, update it and provide identity cards to the listed unemployed people. It will also facilitate employment opportunities for them while making recommendations for various kinds of skills-oriented training.

To collect data of the unemployed people, MoLESS had earlier launched a software named Employment Management Information System. “We plan to have real-time updates of the records of the unemployed,” Labour Minister Gokarna Bista added.

As per Bista, unemployed identity card holders will be deployed in government identified sectors. “If people who have been assigned to specific jobs do not attend their work then they will not receive the unemployment benefit.”

As per Prime Minister Employment Programme Directives, the government has identified various white-collar and blue-collar jobs where the unemployed will be deployed.

At present, sectors that the government has identified are agriculture, cooperatives, livestock, development, energy, irrigation and river barrage, drinking water and sanitation, forest and environment and tourism promotion.

Moreover, roads and transportation, education, youth and sports, reconstruction, community infrastructure construction, large size and national pride projects, information and telecommunication, industry and health are the other sectors that have been identified.

According to Minister Bista, the government has plans to provide additional jobs for 100,000 to 200,000 unemployed people per year. The Nepali labour market sees entry of at least 512,000 youths looking for formal jobs per year, according to the Economic Survey of the Ministry of Finance.

MoLESS has plans to generate employment for more than 500,000 people by fiscal year 2021-22 and the government believes that this will help stop youth going abroad for foreign employment.

“We have plans to double the employment rate in the country by next fiscal year,” Bista added.

MoLESS has plans to unveil the Prime Minister Employment Programme on February 13 and has said they have finished preparing necessary act, laws and directives.