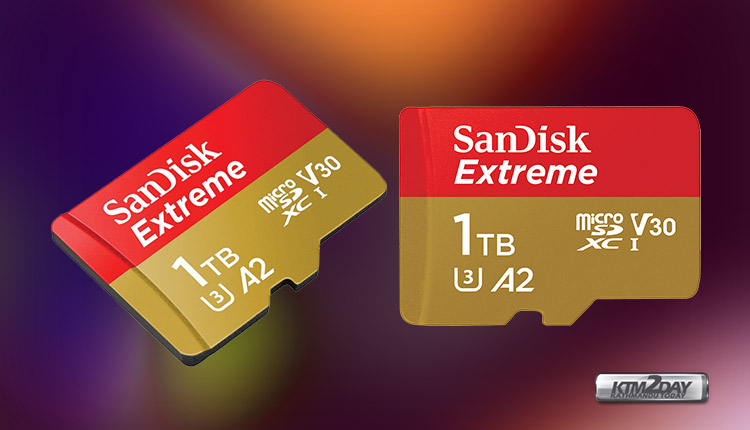 Most smartphone users have MicroSD cards on their devices regardless of their device internal storage capacity. As the market for high-end smartphones with 4K screens and Triple Camera with HDR and other advancements in multimedia moves forward, demand for high volume and faster sdcards have also risen.

The company says that users can expect read speeds of up to 160 megabytes per second and write speeds of up to 90 MB/s. Thanks to Western Digital’s proprietary flash technology SanDisk boasts that consumers will be able to transfer a thousand hi-res photos and 30 minutes of 4K video footage in less than 3 minutes.

The new card is also available in a cheaper 512GB version, and both meet the new A2 Application Performance class for memory cards used as expandable storage for smart devices for accessing applications and files, not just storing stills and video.

The new SanDisk Extreme UHS-I microSDXC memory cards are available for pre-order from the SanDisk website and will be available from selected retailers from April 2019, costing $199.99 for the 512GB version and $449.99 for the 1TB card.