Home » NEWS » Nepal, third in the list of Happiest Country in South Asia

Nepal, third in the list of Happiest Country in South Asia 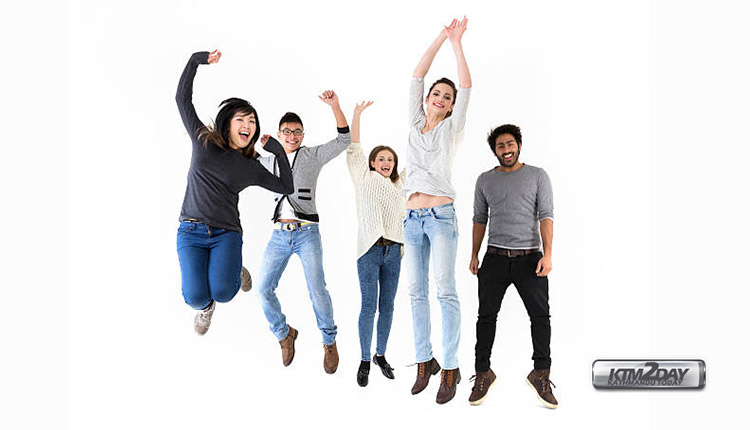 Pakistan is the happiest country in South Asia, according to the global happiness survey from the United Nations Sustainable Development Solutions Network.

Pakistan, which ranks 67 in the world, is followed by Bhutan (95) and Nepal (100). Nepal climbed one step from last year. Afghanistan and India were at the bottom two in the happiness index at 154 and 140 respectively. Bangladesh and Sri Lanka succeed Nepal with a score of 125 and 130 in the global happiness index.

Finland has once again been ranked as the happiest country in the world. The Nordic nation received the accolade for the second year in succession in the annual survey of global happiness from the United Nations Sustainable Development Solutions Network.

Finland beat out 155 other countries for the title in the 2019 report, released on Wednesday. The report states that global data on national happiness and evidence from the emerging science of happiness shows that “the quality of people’s lives can be coherently, reliably, and validly assessed by a variety of subjective well-being measures, collectively referred to as ‘happiness.’”

The annual report is based on survey results from the preceding three years, although the surveys are not arranged in every country in the assessment on an annual basis. Finland’s result in the 2019 ranking is encouraging, as its position is now even farther ahead of the second-ranked country, Denmark – leaving no doubt about its first-place position on the list. Finland’s happiness has been rising slowly but steadily since 2014, the report says.

Some of the factors going into the assessment include gross domestic product per capita, healthy life expectancy, generosity, social support, freedom to make life choices, and perceptions of corruption.

In this year’s ranking, each of the Nordic countries fared well, with Austria moving up the list to break into the top ten and replace Australia.

The 2019 World Happiness Report concludes that many countries have seen great improvements in happiness in the last decade, with more countries growing happier than not.

The country that has taken the greatest leap compared to 2005-2008 figures is Benin, whose ranking in the 2019 report improved 50 places. Venezuela and Syria, on the other hand, are both ranked lower this year than the last.