Nepal and Japan to sign on Labour Agreement on March 25 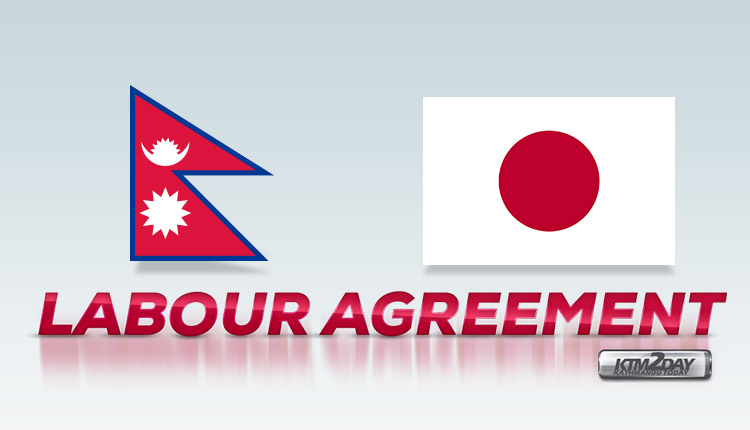 Nepal and Japan have agreed to sign the much-awaited labour agreement between the two countries on Monday. Japanese authorities are expected to arrive in Kathmandu on Sunday for the purpose.

As per the Ministry of Labour, Employment and Social Security (MoLESS), Mahesh Prasad Dahal, secretary at the ministry and Japanese Ambassador to Nepal Masamichi Saigo will sign the agreement.

As per plan, the Japanese government will hire Nepali workers from April 1 and will sign a memorandum of cooperation with Nepal for the purpose. Earlier, both the governments had agreed to implement the mechanism through government to government (G2G) model for various technical and non-technical jobs in Japan.

Narayan Regmi, spokesperson for MoLESS, further informed that the Japanese language proficiency test that the Japanese government will conduct for aspiring migrants will be conducted at least four times in a year.

Currently, Japanese companies recruit Nepali workers through various recruitment agencies with the coordination of Japan International Training Cooperation Organisation (JITCO). It has been alleged that the agencies select workers on the basis of political power play. Likewise, many people reportedly fly to Japan with fake documents every year.

Earlier, the Japanese government had formally announced that it would allow Japanese firms to hire workers from nine countries including Nepal and had changed its existing laws as well. As per the new provision, the Japanese government will provide residence cards to the migrant workers which will facilitate them to open a bank account and move around freely within the country, among others.

Japan has announced that it will hire more than 500,000 foreign labourers in the nursing, shipbuilding and hotel as well as construction and agricultural industries by 2025.