OPPO is one of the manufacturers that has risked something more in terms of design while discovering the  full display screen to propose alternatives to the notch .

An upcoming phone by Chinese phonemaker Oppo supposedly has a unique take on the pop-up selfie camera that’s designed to hide the selfie camera when it’s not in use. Oppo’s another model F11 Pro is also set to come with pop-up slider camera.

Hiding the selfie camera when it’s not in use is the best way we’ve seen so far to keep a full-screen display without interruptions from an iPhone X-style notch or Samsung Galaxy S10-style camera cutout. Oppo is preparing to launch a new premium device called the Reno on April 10. It will be available in two variants, one with Snapdragon 710 and another with Snapdragon 855. The device specs has leaked time and again and indicates that the Snapdragon 855-powered variant of the Reno is expected to come with superior specs like triple rear cameras (with 10x zoom), liquid cooling, and a bigger battery with 50W fast charging.

A 5G-enabled variant of the Reno is also expected along with a Lamborghini Edition having 12GB RAM, 512GB UFS 3.0 storage, and 5,000 mAh battery in tow. 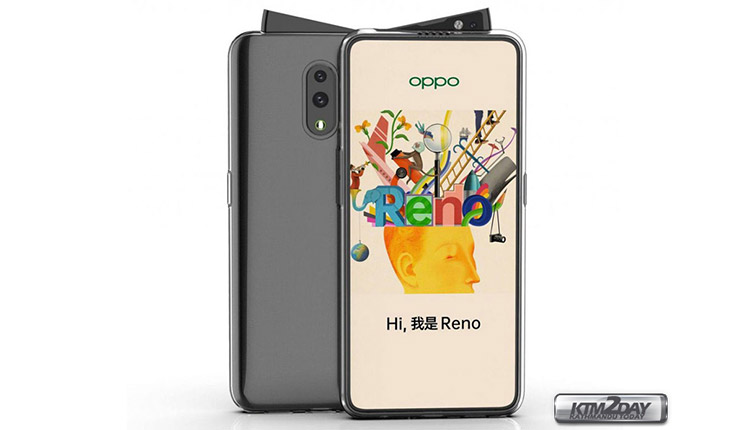 The lower Snapdragon 710 model is set to arrive with 6.4 inch AMOLED display with Full HD+ resolution and will come in 3 sets of configurations.

It will come with dual camera setup on the rear with 48MP main sensor accompanied by a 5 MP depth sensor. On the front there will be a 16 MP sensor for selfies. The device will run on Android 9.0 Pie out of the box.

This device will be powered by a 3680 mAh battery and is likely to come with fast charging. 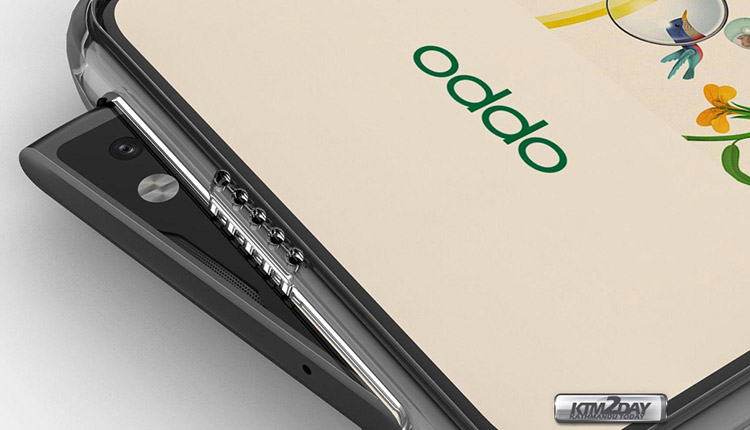 The recent leaks highlight Oppo Reno’s new selfie camera design which is hidden in a chamber and pops out like a shark fin at about 30 degrees. The three sides of the camera resembles an isosceles triangle when popped open. The camera compartment houses the main sensor and LED flash and a earpiece with microphone for making calls.

The camera module will be based on motorized mechanism to slide out the camera in and out when the camera app is activated.

While the Snapdragon 710 model is only expected to come with normal 48 MP + 5 MP rear camera setup , Oppo’s 10X Zoom technology with periscope system will be the highlight of the Snapdragon 855 – Reno’s flagship model.

According to specs leaked on benchmark test, the Reno with the Qualcomm Snapdragon 855 will come with 8 GB of RAM and 256 GB of internal storage space. The screen will have Full HD + resolution (2340×1080 pixels).

This is the Poco X3 GT: Powerful, affordable and super-fast charging

OPPO Reno 6 4G: the first of the series without 5G