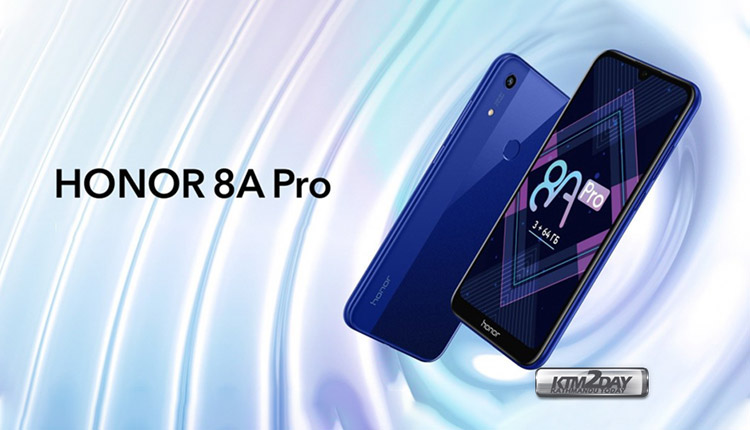 The Honor brand, owned by Huawei, introduced the 8A Pro mid-range smartphone running the Android 9.0 Pie operating system with the EMUI 9.0 add-on in the Russian market.

The Honor 8A Pro is powered by MediaTek Helio P35 SoC and sports a 6.09-inch HD+ screen.

According to DxOMark this smartphone has the best sounding…

There is 64GB of onboard storage as well, which can be further expanded using a dedicated microSD card slot (up to 512GB).

On the imaging front, Honor has included a 13-megapixel primary camera with an LED flash and f/1.8 aperture. There is an 8-megapixel selfie shooter on the Honor 8A Pro as well. In terms of the connectivity options, you will get 4G LTE support, Wi-Fi 802.11b/g/n, Bluetooth 4.2, and a Micro-USB 2.0 port. Additionally, the phone packs support for GPS and Glonass as well as a rear fingerprint sensor.

The amount of onboard storage and the presence of a fingerprint sensor appear to be the only differences between the Honor Play 8A that was launched in China in January.

According to DxOMark this smartphone has the best sounding Audio

Escobar Gold 11 Pro: The smartphone that NO ONE should buy!