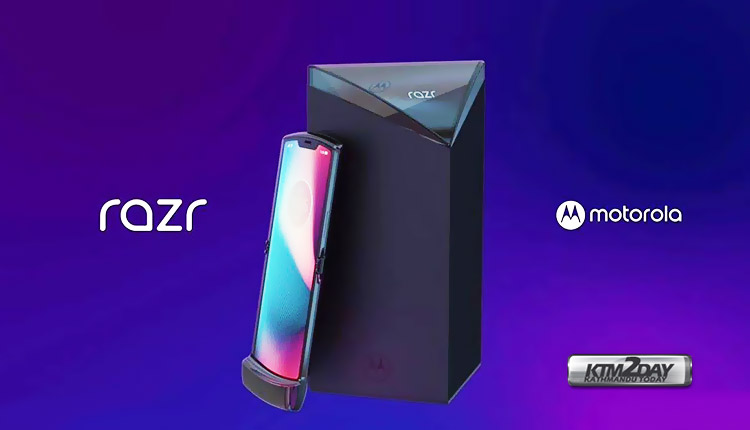 News about the upcoming Motorola’s Razr phone which was launched back in 2005 has been making the rounds lately in the online world.

While today we have news about this Moto Razr 2019 again , as there seems to be a leaked official rendered image of the device and its entire packaging.

It is not yet clear whether the pictures below are official renderers, or just screenshots from the corporate video, but there is no doubt about their real origin. 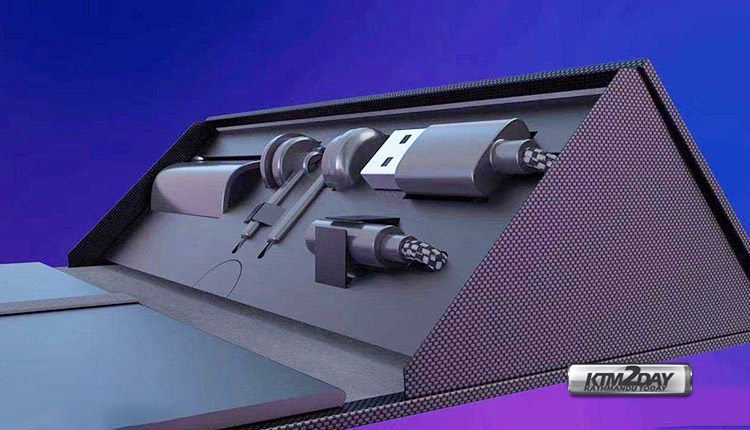 In the unfolded state, the RAZR 2019 is similar to a regular, albeit rather long, smartphone. But if you “fold” it in half, the device will acquire its historical and more compact form.

The designers tried to match the box to the unusual design of the model itself. And you can appreciate the widest scope of delivery. Judging by it, the smartphone does not have a standard headphone jack, otherwise why does the kit include a alternative adapter? 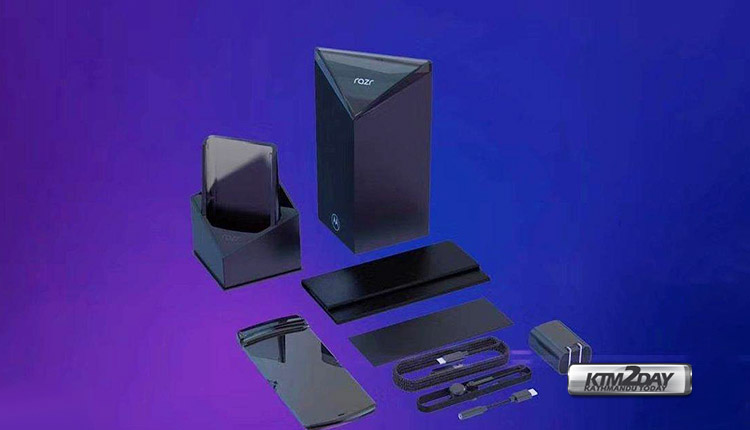 There is no data on the release dates for the Moto RAZR 2019, but since these pictures have appeared on the Web, it means that the official premiere of the model is not to far away. Stay tuned to our news !!!