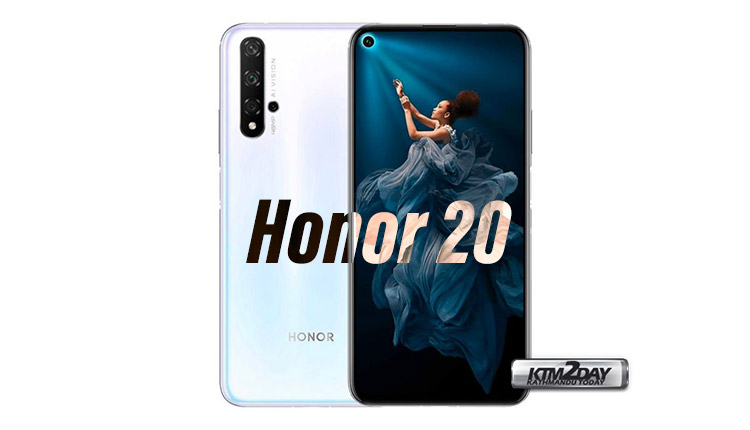 Indian tipster Ishan Agarwal has published detailed specifications and official advertising images of the Honor 20 smartphone, which will be officially unveiled tomorrow.Despite the problems of Huawei, the presentation of the flagships of the Honor brand will be held in London, as scheduled.

So, the youngest of the new Honor flagship device – Honor 20 will come with a display of 6.26 inches with a hole in the screen for the front camera, whose resolution will be 32 megapixels.

The main camera will be able to shoot slow-motion video with a frequency of 960 fps in 720p resolution.

The leak also reveals that the smartphone will be powered by a 3750 mAh battery with support for 22.5W SuperCharge fast charging technology. Also, it will support Virtual 9.1 Surround Sound for an immersive audio experience. The mirror glass-bodied smartphone will be available in three different color options — Blue, White, and Black.

At the launch event, the company is also expected to launch the Honor 20 Pro smartphone. It has already launched the Honor 20 Lite earlier this month in the European market.