Huawei has already begun to publish the official teasers of the new smartphone Huawei Maimang 8 , which confirms the key specification of the device.

First, it is confirmed that the smartphone will receive a 6.21-inch screen, which will have a dot-notch under the front-facing camera. 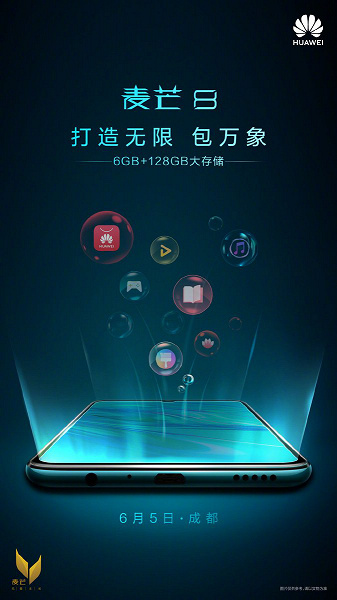 In addition, the Huawei Maimang 8 smartphone will run under the EMUI 9.2 GUI based on the Android 9 Pie operating system and will have 6 GB of RAM and 128 GB of flash memory. This image confirms that the smartphone will receive a 3.5 mm jack for connecting headphones.

The device will be equipped with a triple main camera with a main module with a resolution of 24 megapixels and an artificial intelligence system that helps improve the quality of photos. 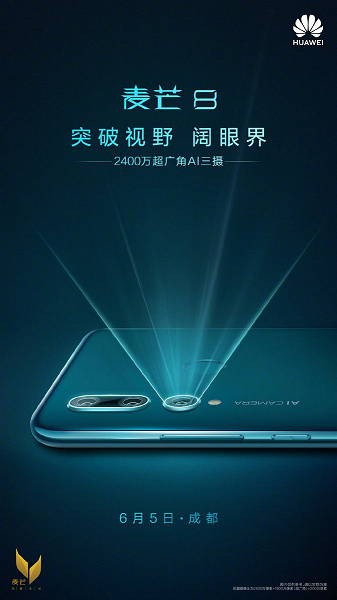 Announcement of Huawei Maimang 8 will be held on June 5, the smartphone can get a new mobile chipset – Kirin 720 and will be sold outside China with the name –  Huawei Mate 30 Lite.