Nepal Telecom Authority to set up Rural IT Service Centers 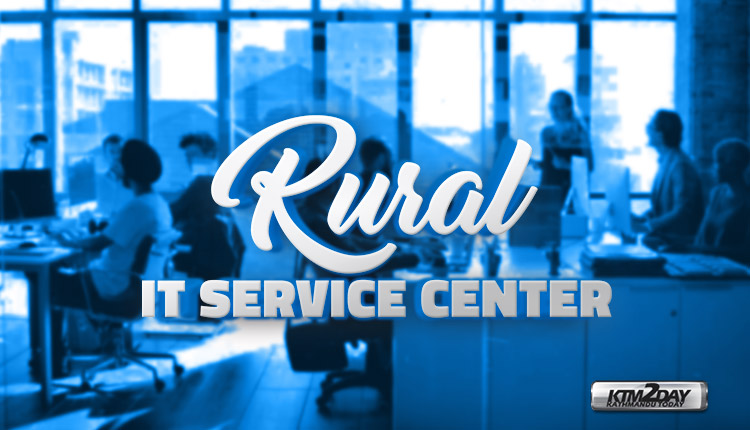 The Nepal Telecommunications Authority has decided to set up IT service centres at 124 remote villages in a bid to provide integrated government services.

The move from the telecom authority has come a year after the government launched the ambitious Digital Nepal Framework-2018 that envisions a ‘digital society’ with 90 percent of the population having access to broadband services by 2020.

According to officials, the information centre project is aligned with the government’s campaign and has been launched to combat digital exclusion in 124 rural municipalities, which they say, have no access to telecommunications facilities as of date.

“After studying the availability of telecommunication service throughout Nepal, we identified the local levels that are deprived of such services and have taken a step to reduce the digital divide between communities,” said Purushottam Khanal, acting chairman of the Nepal Telecommunications Authority. “We are deliberating on technicalities of the project and will initiate a tender process for procurement of equipment within a month.”

Officials estimate that it will take around Rs90.52 million just to procure equipment to establish those centres.

The authority plans to mobilise funds collected by levying telecom operators service charges amounting to 2 percent of their gross income to execute the project.

Almost half of the shortlisted local levels are located in the western provinces of Karnali (26) and Sudurpashchim (28), in line with the by-laws which state that the authority must give special priority to rural communities without access to internet and with measurable presence of marginalised and economically backward denizens.

As per the provisions of the Work plan, the shortlisted local levels will be liable to manage manpower, physical infrastructure to operate those centres and must provide low cost administrative services such as billing and documentation to locals through those centres.

The telecom authority is also required to procure and haul equipment to the respective local levels and ensure proper set up, installation and networking facilities at the centres.

“We will set up the facility and train staffers to operate the system but it will be up to the local levels to ensure utilisation and maintenance of the infrastructure,” said Sandip Adhikari, information officer of Nepal Telecommunications Authority. “Initially, we had planned to execute the project within this fiscal, but due to the time consuming planning process, we have extended the deadline and expect to complete the project within first four months of next fiscal year.”

However, officials are unclear on how they will deal with challenges associated with the project.

“As many of the shortlisted villages are excluded and are without proper road connectivity, that will require us to haul equipment via the air route, making the project costly,” said Khanal, “Also, there is the challenge of deputing staff at those rural villages to train local level employees as the geographical remoteness of those villages make them a less desirable work station.”

For instance, one of the shortlisted villages – Himali Rural Municipality in Bajura – is without a motorable road where residents regularly face hassles in hauling daily essentials, let alone tech equipment.

According to Khanal, the telecom authority is holding an internal discussion to address such challenges and execute the project as efficiently as it can.

However, with poor project implementation records, questions remain over how the authority will accomplish the target.