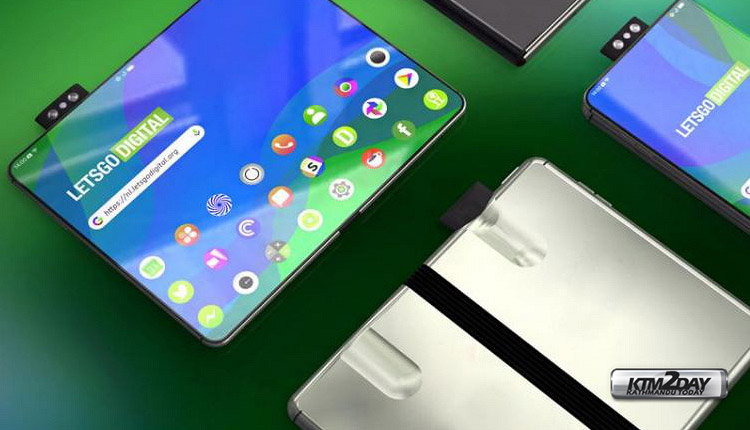 Oppo has been working on a folding smartphone with a flexible screen for quite a long time – a prototype of such a model was shown back in February at Mobile World Congress 2019 . And today a Dutch source has published renders of another promising Oppo model with a flexible screen – its highlight is a retractable camera.

Almost all folding smartphones are equipped with ordinary cameras, but Oppo may be the first to release a model with a retractable camera. According to the source, the patent application filed with the World Intellectual Property Organization (WIPO) is now supplemented by a large number of renders that demonstrate the design features of the promising upcoming device.

Folding design eliminates the need for two camera systems – depending on whether the smartphone is collapsed or unfolded, as well as the direction of the camera, its different halves act as a viewfinder. With this approach, one camera is enough.

Alas, nothing is said about the commercial prospects of this model. But if it comes out this year, it is likely to be in the fourth quarter of 2019.

iPhone 12 Mass Production Facing Delays of Up to Two Months