Before the official launch of Honor 20 and Honor 20 Pro flagships, Honor 20 Lite has been launched in various global markets and is soon set to launch in Nepali market.

The Honor 20 Lite is already official , and its features amaze even the most demanding tastes. The best thing about this mobile is its price tag, which raises expectations about the Honor 20 Pro.

One of the things that attracts the Honor 20 Lite is its risky and youthful design , with gradient colors that look incredible.

Also check : All Honor Smartphones Available in Nepal with Price

The Honor 20 Lite is equipped with a 6.21-inch screen with a resolution of 2340 x 1080 pixels and a drop-shaped notch that houses a 32 megapixel front camera. Based on the Kirin 710 SoC hardware platform, the RAM and internal storage volumes are at 4 GB and a choice of 64GB,128 GB and 256 GB, respectively. In the back we find a triple camera with an LED flash and a fingerprint reader. 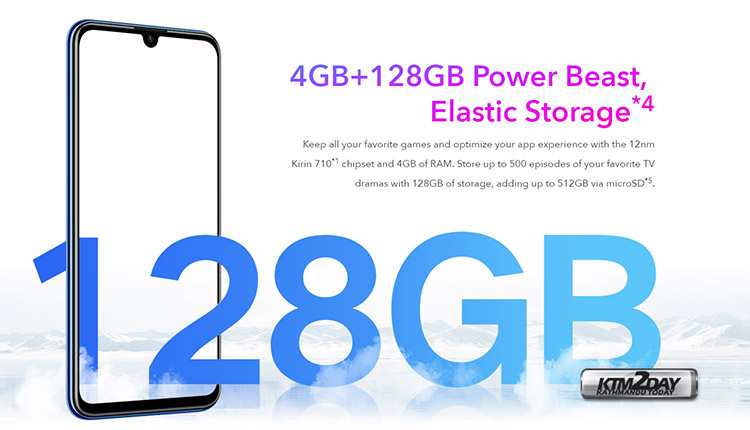 The Lite model comes with a 24-megapixel image sensor and an F/1.8 aperture lens arranged in a triple setup rear camera. The camera module can record videos at a speed upto 480 frames per second. The second sensor of 8 MP and a wide-angle lens with an F/2.4 aperture comes with 2 MP depth sensor. In addition, the Honor 20 Lite AI can optimize results , recognizing up to 500 different scenarios. It also has a super night mode for low light scenes.

In the front camera, we have a 32 MP sensor with AI that helps to retouch the selfies and can do facial recognition.

If there is something to criticize about this mobile is that – it has a micro USB, instead of a USB type C , which eliminates the possibility of fast charging. Next to the micro USB we find a 3.5mm headphone port. The battery of capacity 3400 mAh is provided but without fast charging technology. There is an absence of USB Type C port. But standard 3.5 mm headphone jack and a fingerprint scanner on the back panel is present. The device runs on latest Android 9.0 Pie with EMUI 9.0 interface on top.

There are still few weeks left for the official launch of Honor 20 and Honor 20 Pro flagships but the younger sibling Honor 20 Lite was first to make it to the launchpad. Honor 20 Lite has now been launched in Nepali market at a price tag of Rs.32,500 for the 4/128 GB variant. The company may also launch the lower variant of 4/64 GB at a more affordable price point. 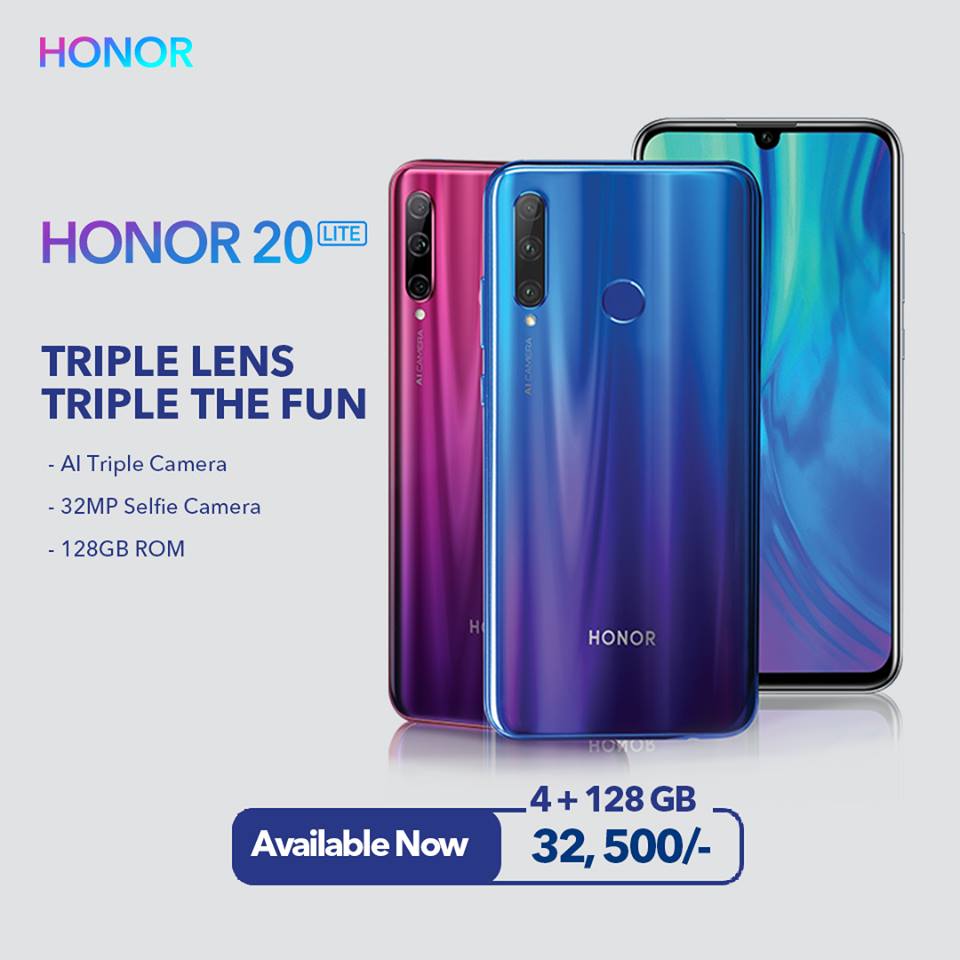